Sexual violence and trauma in art since the 1970s

The two books under review address the difficult yet persistent subject of violence against women and the role that art plays in representing such ‘unspeakable acts’. Vivien Green Fryd and Nancy Princenthal both focus on the state of sexual violence in American culture, from the feminist political art of the 1970s, which led to increased public awareness of crimes of rape and incest, to the current state of affairs, including recent attention to rape on college campuses and new regulations introduced by the United States Secretary of Education, Betsy DeVos, which purport to protect the victims but, in fact, tip the scales in favour of the perpetrators.1

In Against Our Will, Fryd proposes the model of an ‘anti-rape and anti-incest cycle’ to understand artwork that challenges ‘the dominant narrative about sexual violence against women’. ‘I employ the term “cycle”,’ she writes, ‘to designate a unifying idea (that of sexual trauma) repeated over an extended time frame by a variety of artists within different historical contexts and geographical locations in the United States’ (p.1). By naming her book after Susan Brownmiller’s history of rape from 1975, Fryd pays homage to this groundbreaking work and echoes the now widely accepted idea that rape is a crime about power.2

While providing background on the ‘heroic rape’ tradition – representations of glorified and aestheticised sexual violence against women in the Western art canon – Fryd focuses on works of art that women have made in response to this tradition (and in opposition to popular media and pornography) in order to ‘confront, represent, re-enact, and negotiate trauma, an emotionally stressful and catastrophic experience that wounds the body and brain’ (p.19). Through the lens of trauma theory, she considers how art gives voice to testimony and witnessing, in some cases bringing catharsis for victims of sexual violence. Trauma theory runs throughout the book; it is useful for understanding the accomplishments of the 1970s feminists and explains why their aesthetic strategies continue to be effective today.

Fryd’s analysis begins with a focus on the activist works undertaken by Suzanne Lacy and Leslie Labowitz and their circle of feminist artists in Los Angeles in the 1970s. Arising out of consciousness raising, the anti-rape movement gained visibility throughout the course of the decade, and artists found ways of addressing violence through installation and performance. For example, Fryd’s description of Ablutions (1972) FIG. 1 provides thorough documentation and visceral explanation of what transpired during this multi-sensory performance by Lacy, Judy Chicago, Sandra Orgel and Aviva Rahmani FIG. 2. The author’s recounting of Three Weeks in May (1977) attends to the complexity of this multifaceted work, which famously includes Lacy’s installation marking daily occurrences of rapes across Los Angeles FIG. 3. Fryd brings out the savvy, networked aspect of events, in which the artists collaborated with each other, the media, politicians, activists and audiences to create truly socially engaged art FIG. 4 FIG. 5. She demonstrates their function in changing public perception and legal definitions, and their canny use and critique of mass media as central to their cultural impact.

The second chapter provides close description and historical contextual analysis on works about incest created by artists associated with the Los Angeles Woman’s Building, such as Nancy Angelo’s video Part 1, On Joining the Order: A Confession in which Angelica Furiosa Explains to Her Sisters How She Came to be Among Them (1977), and a year-long series of multimedia events under the umbrella of the Incest Awareness Project (1979–81), established by Angelo and Labowitz. Fryd argues that such work predated the widespread acknowledgment (in literature, documentaries, daytime talk shows, etc.) of incest as a common form of abuse resulting in psychological trauma. This narrative picks up again in the fourth and fifth chapter, as the anti-rape and anti-incest work from the 1970s was recirculated with work made by younger artists in the 1980s and 1990s to a wider audience through curatorial activism. The fourth chapter discusses three exhibitions in which this work was shown: A Decade of Women’s Performance Art at the Contemporary Arts Center, New Orleans, in 1980, Rape at Ohio State University Gallery of Fine Art, Columbus, in 1985, and The Subject of Rape at the Whitney Museum of American Art, New York, in 1993.3 Although more women of colour were included in the later two exhibitions, the general lack of diversity represented from the 1970s may have inspired Fryd to include a chapter each on the American artists Faith Ringgold and Kara Walker.

The chapters focused on Ringgold’s Slave Rape series, a series of paintings bordered in quilted fabric from the 1970s and two quilts incorporating text made in the 1980s, and Walker’s black cut-out paper silhouettes, drawings, videos and installations of caricatures of antebellum figures begun in the 1990s FIG. 6 FIG. 7, are deep dives into the artists’ practices and their different approaches to the combined transgenerational traumas of slavery and sexual violence. Fryd shows how Ringgold, an artist and activist in New York, ‘rewrote the history of the slave trade, inserting the formerly unspoken experience of African women being raped by slave traders’ (p.108) in her fabric paintings and quilts. In the Slave Rape series, Ringgold depicts nude African women surrounded by abstracted foliage in various active states FIG. 8 – running through the landscape, providing aid to each other, or wielding hatchets to fight ­– rather than the act of rape itself. Fryd closely examines Ringgold’s work for its material and symbolic resistance to slavery and rape, but also argues that it ‘function[s] as a means to work through and literalize trauma as a haunted repetition in the history and memories of African Americans’ (p.146). The chapter on Walker offers a critical analysis of individual works of art and argues for their significance in making visible the trauma that haunts America’s past, while suggesting that their disruptive quality and jarring imagery of sexual violence leave the viewer in an ambiguous position – a ‘repetitive traumatic site’ (p.264) – from which we cannot recover.

The fifth chapter looks at Judy Chicago’s and Donald Woodman’s engagement with a younger generation of artists through pedagogical models developed in the Feminist Art Program in the 1970s, with a reprise of the well-known installation and performance space Womanhouse (1972) at Western Kentucky University, Bowling Green, in the early 2000s, and Evoke/Invoke/Provoke: A Multimedia Project of Discovery (2006) at Vanderbilt University, Nashville, on which Fryd collaborated. These exhibitions expanded the subject to include male sexual trauma, date rape and other forms of sexual violence. And they were, much like Fryd’s book, useful for teaching college students about feminist art dealing with sexual trauma and the language that artists have successfully developed to address it. The author’s model of the ‘cycle’, overlaid on the thoroughly researched history, reveals how recurring themes of rape and incest, as well as effective strategies for dealing with them, can successfully be reused and revised in the twenty-first century.

Unspeakable Acts by Princenthal also views the 1970s as a turning point in the representation of sexual violence, providing a broad cultural history of the theme as context for understanding artistic interventions. She begins by discussing performance as an art form especially conducive to exploring sexual aggression, exemplified by Yoko Ono, Vito Acconci, Marina Abramović and others. Following these early examples, Princenthal writes: ‘As the incidence of rape increased dramatically in the seventies, as the culture grew more violent generally and, most of all, as women began to speak about their own assaults, artists began to find ways to express experiences that had had no public language, in either words or images’ (p.64). Against the backdrop of media attention to crime and fear, Princenthal looks to examples from such artists as Lacy and Ana Mendieta for their ‘honesty and visceral impact’ (p.81). Princenthal then shifts to the problematics of sexism and racism within social justice and countercultural movements of the 1960s and 1970s, prompting the development of ‘the new genre of activist art’ epitomised in Lacy and Labowitz’s blend of performance and public protest (p.109).

Two later chapters, ‘Identity Crises’ and ‘Graphic Content’, approach the broad themes of identity and representation as they relate specifically to the roles that gender and sexual violence play in works by such artists as Lynn Hershman Leeson, Adrian Piper and Nancy Spero. The discussion of Princenthal’s question ‘What does rape look like?’ ranges from philosophy to pornography, considering a wide scope of cultural history as context for examining women artists’ depictions of rape (p.150). The final two chapters include a survey of rape in the Western canon of art, literature and film, followed by an assessment of the advancement of and backlash to issues of sexual violence in American art and society since the 1970s. Contrasting with Fryd’s cyclical model, Princenthal concludes: ‘the bulk of recent work addressing sexual violation suggests, more promisingly, that in the decades since the 1970s, artists’ responses have become increasingly specific and nuanced’ (p.243). 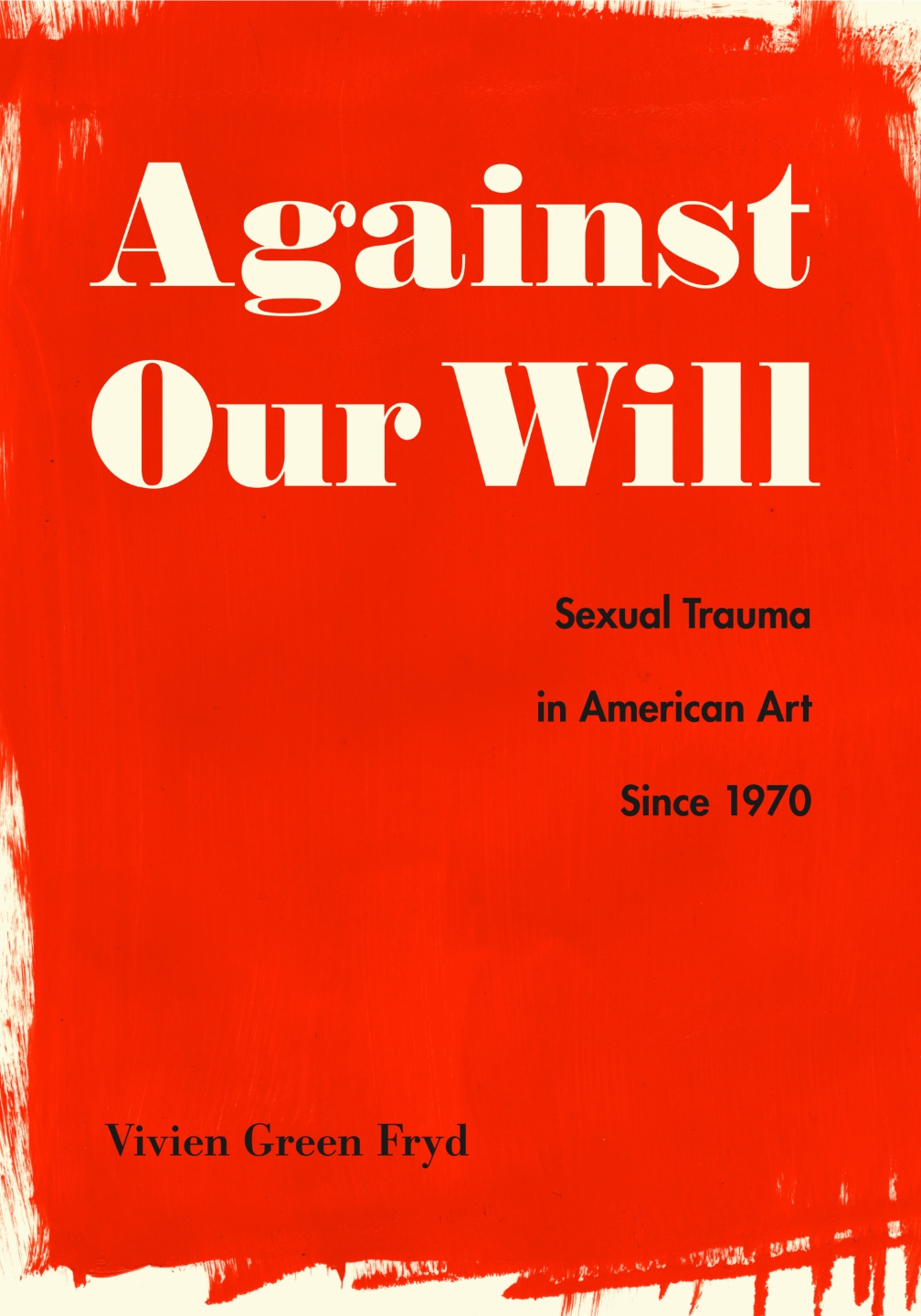 Against Our Will: Sexual Trauma in American Art Since 1970 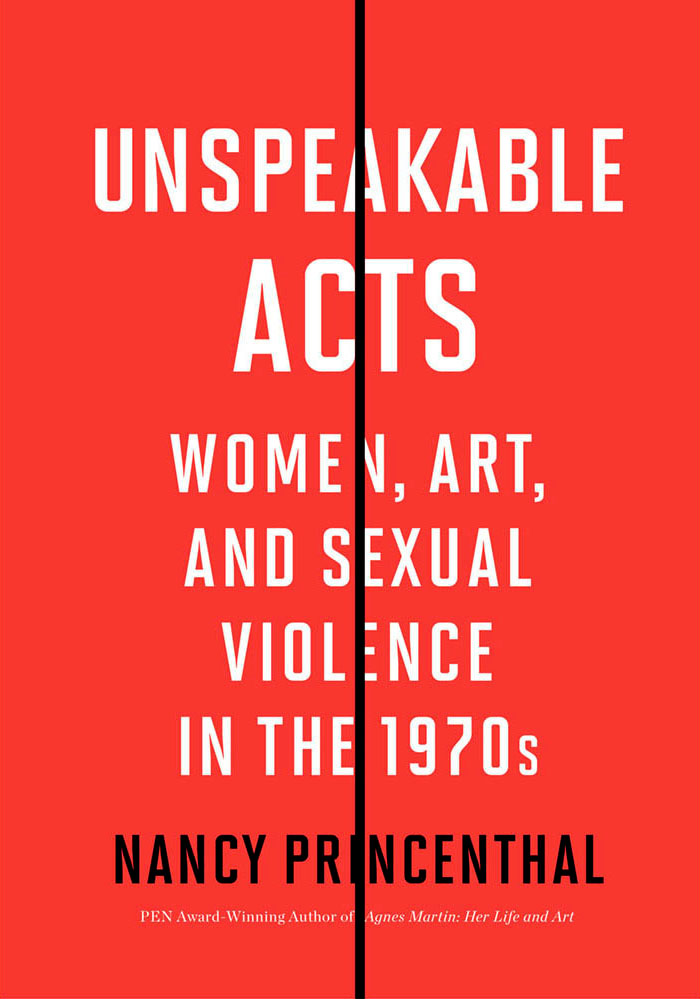 Unspeakable Acts: Women, Art, and Sexual Violence in the 1970s

is Associate Professor of Art History at California State University, Chico, and the author of Radical Eroticism: Women, Art, and Sex in the 1960s (2018).