Photographs shape not only our understanding of the past but also how we engage, live and grapple with historical knowledge in the present. In Photography, Truth and Reconciliation Melissa Miles is not interested in reconsidering whether photographs related to political violence can engender empathy or pave the way for pacifism. The author distances herself from such prevalent but oversimplified theories by exploring how photographs have been used to respond to the aftermaths of violent events. Given the complexity of this subject, the book appropriately advances interrelated arguments about the significant role that photographs play in enabling different truths to be heard.

The significance of Miles’s discussion cannot be understood in isolation from the defining realities of formal truth and reconciliation processes. Since the late twentieth century, even those authorities with the best intentions have been inclined to treat victim testimonies and witness memories as uncontested history. This has meant that other voices, including those of historians and victims with disputed recollections have been largely silenced or received little public recognition. Miles is particularly invested, therefore, in demonstrating that photographs can support the interests of both democracy and justice by helping to provide officially unauthorised voices with the ability to communicate their own truths.

The book’s carefully selected five case studies – each focusing on photographic responses to historical trauma and subjection – come from Argentina, Australia, Cambodia, Canada and South Africa. In analysing critical photographic practices that emerged in these parts of the world in pursuit of justice, Miles emphasises their deviation from conventional Euro-American framings of photographs as past-related, quasi-evidentiary imagery. Instead of merely re-asserting photography’s dependence on cultural context and subjective interpretation, she increases familiarity with otherwise unrecognised approaches to the meanings and roles assigned to photographs in politically traumatised countries. In this sense, the book offers different perspectives on well-rehearsed theorisations of photography’s relationship to time, narration, silence and justice.

The case study from Argentina, for example, considers approaches to notions of presence and absence in photographs related to the abduction, torture and murder of alleged dissidents by the military dictatorship of 1976–83. The approximately 30,000 people who went missing during this period are known collectively as ‘the disappeared’ (‘los desaparecidos’) and their fate remains largely unknown. Mothers of the disappeared have become renowned for wearing and carrying enlarged photographs of their children, giving them a form of corporeal presence to confront the dictatorship’s denial of their existence FIG. 1. Instead of absence, Miles convincingly argues that these and other related photographic practices embody a culturally specific approach to photographs as assertions of presence.

Enrique Shore’s photograph Pozo de Bánfield FIG. 2 – taken when the photographer assisted the post-dictatorship investigation of forced disappearance – captures survivors and traces of their detention in the same picture. Shore’s photographs therefore materialise the lasting traumatic effect of a violent past. Argentinian artists who lived through the dictatorship have also used photographs of the disappeared to accentuate their ongoing presence in the lives of their friends and relatives. Gustavo Germano’s series Ausencias (Argentina) FIG. 3, for example, comprises fifteen pairs of photographs, each of which juxtaposes an old family portrait with a present-day recreation of the image that depicts an empty space where the missing family member had posed.

At least since the early twentieth century the majority of influential Western photographic theorists and critics have considered photographs as visual references to absence – to what was in the past and is no more. Roland Barthes, Susan Sontag, and MoMA photography curators Beaumont Newhall and John Szarkowski are a few obvious examples. However, Miles demonstrates that in Argentina photographs related to the disappeared are material assertions that they are still missing and greatly missed in the present. Averting attempts of the post-dictatorship regime to distance itself from the abuses of human rights, these photographs do not enable political leaders to relegate the disappeared to the past.

The case study from Canada revolves around artists’ attempts to decolonise time and history in photographic reinterpretations of images created by the Canadian Indian Residential School (IRS) system of 1831–1996. Tasked with inculcating colonial culture in indigenous children, the IRS produced ‘before and after’ photographs of the pupils FIG. 4 as well as photographs of school lessons and Christian prayer meetings FIG. 5. The photographs had been made to evidence the indigenous pupils’ mutating identities and adaptation to colonial temporal logic, showing them in modern environments that erase their ancestral non-linear relationship with time.

Miles shows that from the late twentieth century numerous indigenous Canadian artists turned to the medium of photography to impede associations of IRS photographs with progress. In Forced Ideas in School Days FIG. 6, for example, Carl Beam created a montage in which he juxtaposed Christian imagery alongside written reflections on his time in an IRS and an old school photograph showing himself with friends and their teacher. This multitemporal representational space amplifies the contrast between the teacher’s strict appearance and the pupils’ relaxed demeanor, while stressing the Catholic Church’s complicity in the attempt to impose on them a non-native mindset through abuse and harsh punishment. Similarly, the artist Adrian Stimson combines photographs from different periods to resist colonial logic and historiography. Exploring the impact of the IRS on indigenous intergenerational relationships, in Aggressive Assimilation FIG. 7 he bracketed an archival photograph of an IRS building with a portrait of his father and another of himself as a young boy. Although the IRS aspired to create intergenerational cultural divisions, Stimson’s deployment of photographs reveals how the IRS created conditions for indigenous children and parents to unite against the system through their shared experience of repression and abuse. Developed in connection with Canada’s gradual attempt to come to terms with its colonial past, as Miles explains, these practices departed from conventional considerations of photographs as frozen attestations to otherwise unquestionable circumstances.

The book’s commendable endeavour to scrutinise truth and reconciliation photographic cultures considers a wide range of images, including family and archival photographs, institutional and documentary photography and photographs in historical exhibitions. Because Miles tends to discuss them in the context of their repurposing in visual art, it may not always be clear whether they also play other social or political roles in each cultural setting. Nevertheless, Photography, Truth and Reconciliation is a most welcome and significant contribution to photographic historiography, expanding existing knowledge about the expectations that people have of photographs in different times and places. Miles successfully avoids the temptation of exaggerating the transformative power of photography, rendering plainly visible the effect of historic events on our understanding about photography’s meaning and efficacy alike. 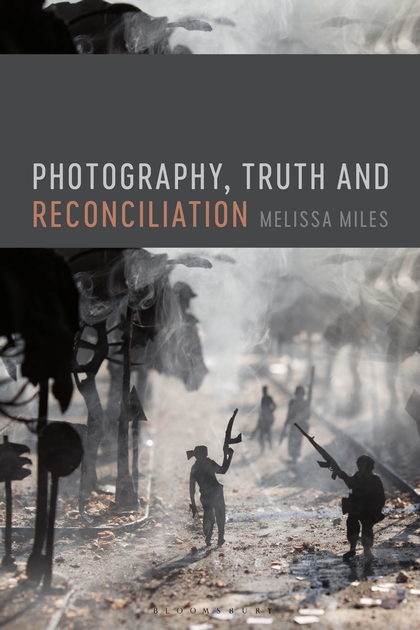 is Reader in Social and Political Photographic Cultures in the Photographic History Research Centre (PHRC) at De Montfort University Leicester, and Project Leader for the European Commission funded research programme Digital Heritage in Cultural Conflicts. He has written widely on politically charged family photography, photographic heritage and photographic historiography, and in 2020 he published The Handbook of Photography Studies, a state-of-the-art critical overview of the field.