This book is the outcome of a 2017 conference centred around Allan Sekula’s legacy and which took the artist’s large-scale projects Ship of Fools (2010) and The Dockers’ Museum (2010–13) as its starting point.1 ‘Disassembled’ Images is published by Leuven University Press as part of their Lieven Gevaert Series, a peer-reviewed series of innovative books on photography.2 The book’s title is adapted from a reference the artist first made in relation to his 1973 work Aerospace Folktales, which he characterised as a ‘disassembled movie’.3 This neologism has often since been used to describe Sekula’s wider practice of active montage: a hybrid of film, photography and writing.

One of Sekula’s main concerns was to draw attention to significant realms of invisibility linked to injustice. He explored the sea as a major ‘forgotten space’ for hiding – and therefore benefiting from – the abuses that capitalism allows and requires. In this book’s introduction, the editors, Hilde Van Gelder and Alexander Streitberger, explain that the call for papers for the 2017 conference included the following lines from a note the artist wrote in Polonia and Other Fables (1995):

I go back to a portrait made back in 1994. A Greek ship is carrying parts of a disassembled American steel mill to China. The electrician aboard, Marek, a Pole from Warsaw, shares his profession with the then-president of Poland, hero of the Gdansk shipyard. Marek has no clue where the ship is going after the stop in China, since it is an un-scheduled tramp steamer, picking up cargo charters as opportunities arise. He is very curious about the exchange rate for the dollar, a curiosity he no doubt shares with the ship’s owners.4

This text, which describes a photograph now lost from Sekula’s archives, was to provide the impulse for the participants. The five sentences are representative of Sekula’s ability to allow the reader to encounter and engage with a subject through multiple entry points. Drafting this verbal portrait, he draws together half of the world’s sea trade, two figures at different levels of employment, local history and an economic backdrop. Although one figure is unnamed, he is famous enough to provide historical detail while the unknown man is afforded a name: Marek. He is one of the many workers beholden to the big lottery of the sea: the ocean, as well as the huge flows of currencies at stake.5

Most of the texts included in ‘Disassembled’ Images are rooted in Sekula’s two interrelated works Ship of Fools FIG. 1 and The Dockers’ Museum FIG. 2. The former is a series of photographs documenting the trip of the Global Mariner between 1998 and 2000 when it sank – a ship that a confederation of seven hundred transport union workers purchased and launched to raise awareness of the poor working conditions at sea. The project takes its title from an allegory of the folly of human relationships in historical and political turmoil, evading any awareness of reality.6 The Dockers’ Museum is a collection of 1250 objects and images, all of which document or witness working conditions at sea. Sekula feverishly began the project in 2010 by purchasing most of the items on the web FIG. 3. He later pointed out that, despite its name, The Dockers’ Museum was more of a collection than a museum, creating an opposition between the archive (exploring the world) and the atlas (carrying it on one’s back).7 In his introductory essay, ‘Planetary madness: globalizing the Ship of Fools’, W.J.T. Mitchell draws together alternative archives and contemporary representations of human madness in relation to the ship of fools allegory. Exploring specific iconography of ‘the globe’ (pp.27–33), Mitchell relates the narrative to more recent contexts, especially to the ‘madness’ of his native country’s then-leader, Donald Trump.

Disassembled Images is divided into three sections: Collecting Folly; Maritime Failures and Imaginaries; and Critical Realism in Dialogue. The first analyses the artist’s compulsion to collect and the underlying activism of The Dockers’ Museum. The second explores recent maritime-related enquiries by such artists as Marco Poloni, Trevor Paglen, Verena Paravel and Lucien Castaing-Taylor through their politics of recording. It culminates in a conversation between Carles Guerra and Van Gelder about the genesis of Sekula’s Black Tide/Marea negra (2002–03) FIG. 4 FIG. 5, which documents a 2002 oil spill off the Galician coast. This dialogue provides a deft bridge between this section and the next, which delves into the legacy of Sekula’s praxis, both on visual and written discourse, but also global politics of the environment. In ‘The face of protest’, Stefanie Schwartz expands on her previous writings about the installation and slideshow Waiting for Tear Gas (White Globe to Black) FIG. 6 in order to question the status of privacy and of visual documents within politics of reportage. She returns to the anti-photojournalistic approach that Sekula formulated when documenting the 1999 Seattle World Trade Organization protests, after experiencing an ‘immersion’ with his camera: no use of flash; no telephoto lens; no gas mask; no auto-focus; no press pass; and, most importantly, no ‘compliance with media pressure to capture a defining, iconic image of violence’.8

As Schwartz brilliantly analyses in relation to contemporary contexts Sekula’s art constantly questioned and reinvented activism. This is something Benjamin J. Young confirms in his essay on the Decolonize This Place protest at the Brooklyn Museum, New York, in 2016.9 Approximately one hundred activists occupied the building in opposition of the exhibition This Place, which showcased more than six hundred photographs of Israel and the West Bank FIG. 7.10 The exhibition’s curator, Frédéric Brenner, claimed that the exhibition set out to explore the ‘the human condition’. Dressing an ideology of reconciliation in ‘universal’ humanistic statements, the summary text declared that the show ‘emphasises the essential humanity underlining the thorny [Israel-Palestine] conflict’. In retaliation, the protestors declared that the museum was lending ‘its cultural legitimacy to a sanitized version of the region’ (pp.252–53). Taking into account the disturbing position of the show’s organisers, Young explores in detail the museum’s ‘aestheticising’ of the conflict through a careful analysis that re-establishes the distinct position of each selected photograph. In both of their approaches, Schwartz’s and Young’s essays seem to acknowledge and actualise a statement Sekula once made about his own practice: ‘To a larger extent I am writing because of the limited representational range of the camera one cannot photograph ideology but one can make a photograph step back and say look in that photograph there is ideology’.11

One last remark must be made about the book’s subtitle, Allan Sekula and Contemporary Art. Sekula was certainly not focused on acquiring recognition in the contemporary art world, especially not in relation to the art market. This acknowledgment requires further development but is evidenced by a synthetic statement Sekula made in the form of his last film title: Art is not Fair (2012). This work, which comments on the rise of art fairs as another international gathering of moneyed elites, also provides the title for the most recent publication about him, which includes posthumous text releases.12 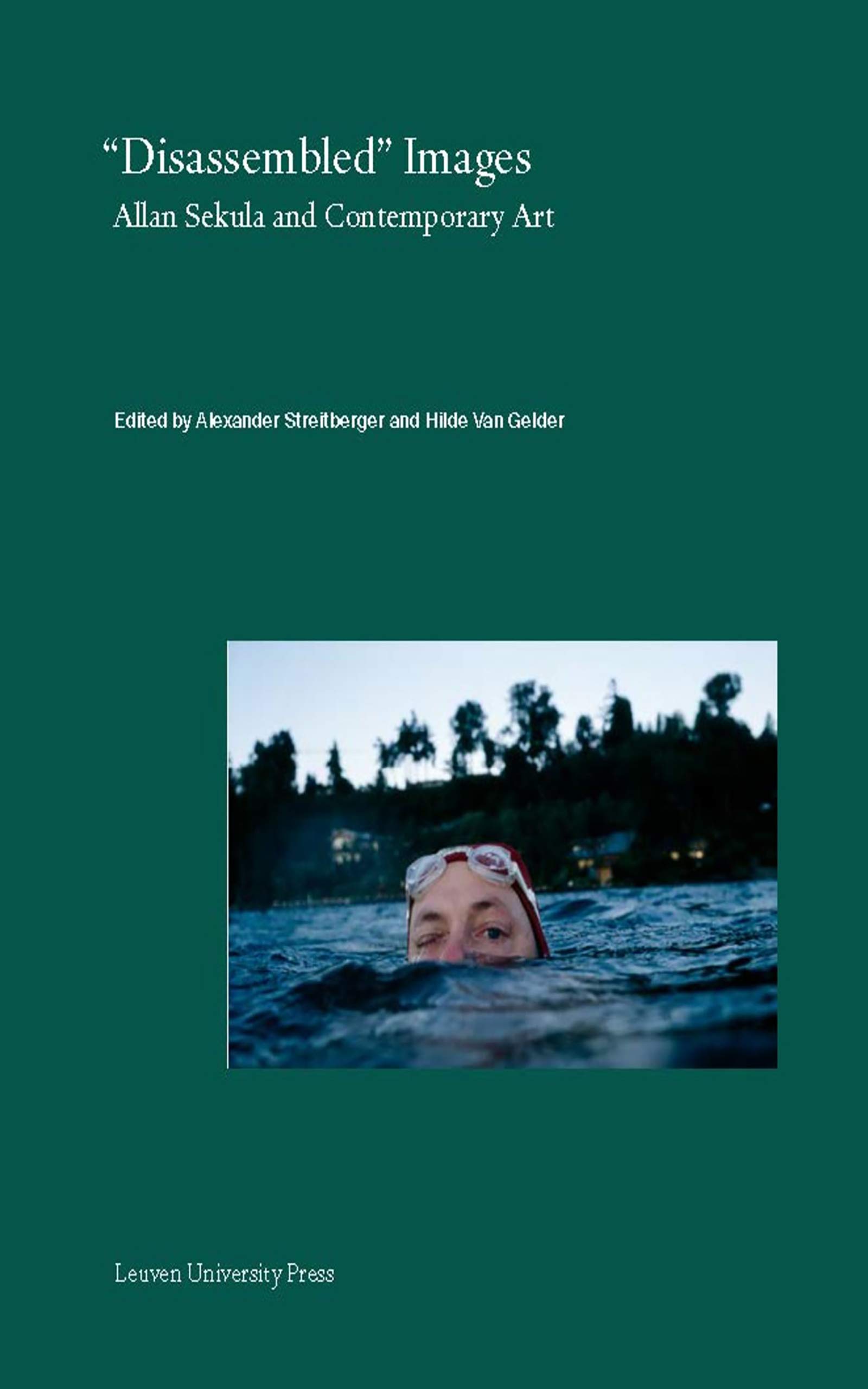