Prix Pictet 2019: Between Ethics and Aesthetics

The Prix Pictet represents everything that is wrong with contemporary photography. An annual award, whose purpose is to 'harness the power of photography to draw global attention to critical sustainability issues that threaten humanity’,1 the prize was founded in 2008 by the Pictet Group, a ‘leading [. . .] independent wealth and asset manager’ based in Geneva.2 One might ask why an organisation that helps the exceptionally wealthy protect and grow their assets would be concerned with matters of sustainability. In fact one could argue that helping the wealthy to legally avoid tax through complex methods of structuring their finances is to actively contribute to the problem of sustainability.3 There is no doubt that the current capitalist economy fuels social inequality and continues to have devastating effects on the environment, and yet asset managers such as the Pictet Group are unlikely to ‘move on from seeing private profit as their sole purpose’ and to add value to society as a whole anytime soon.4

Leaving to one side the activities of the Pictet Group, the purpose of its photography prize, which is to ‘uncover photographs that communicate important messages about global environmental and social issues within the broad theme of sustainability’,5 and the criteria by which its artists are selected are equally contentious. 100,000 Swiss Francs (about £75,000) is awarded to a photographer who ‘has produced a series of work that is both artistically outstanding and presents a compelling narrative related to the theme of the award’. The given themes of the prize so far have been vague enough to allow for what the organisers refer to as a ‘wide range of creative possibilities’ but also indeterminate enough not to ruffle any feathers. No one likes to get dressed up and drink cocktails at an event dedicated to ‘Acid Rain’, ‘Waste Disposal’ or ‘Water Pollution’. Much easier to digest along with complimentary canapés are concepts such as ‘Water’ (2008), ‘Growth’ (2010), ‘Power’ (2012) and ‘Hope’, the theme of this year’s award. In terms of what they depict, the majority of works shortlisted over the years has been equally non-confrontational; the aestheticisation of reality, however unpleasant or disturbing, is a common thread. Reminiscent of the type of photographs popularised by National Geographic – often highly saturated, atmospheric images that convey a superficial optimism – the work on display is, first and foremost, pleasing to look at. A series of photographs depicting plastic waste by the artist Mandy Barker, for example, which was shortlisted for the prize in 2018, rendered the plastic in our oceans ambiguous, framing and editing individual pieces as if they were organic matter observed under a microscope.6 The resulting images were disconcertingly beautiful.

An essay in the exhibition catalogue by the novelist William Boyd is devoted to the question of how, in the face of a ‘monstrous aggregation’ of photographic images, we can ‘determine or analyse what it is about one particular image that makes it memorable or good’.7 Boyd believes that for ‘photography to survive as an art form in the face of this mind-bending pestilence of images there has to be a basic method of determining what makes a photograph worthy of notice’. He argues that aside from its ability to capture a moment in time and its ‘monochromacity’ – the black-and-white photograph, to Boyd, ‘appears truest to the medium’ – the third feature by which to judge a photograph is composition. By insisting that it is only accomplished when it ‘replicates the virtues and standards of fine art composition’ (p.9), however, Boyd fundamentally misunderstands photography as an art form, and why we find ourselves surrounded by countless images and not, for example, ‘trillions of novels [. . .] or trillions of films’. When we evaluate a photograph, the ‘concepts that apply to analysing the composition of a Titian or Degas’ do not, as Boyd argues, work ‘equally well’ because the way we read photographs, which have infiltrated every sphere of our lives including the artistic, the scientific, the commercial and, most notably, the social, depends almost entirely on the context they are viewed in. Moreover, the possibilities afforded by new technology – the ease with which photographs can be taken, shared and manipulated – undermine pre-existing categories such as ‘art’ and ‘documentary’. If twenty-first-century photography is, as Boyd suggests, facing a crisis, it is because it is still being judged by standards according to such distinct categories.

This is not to say that the work on display as part of this year’s award is not political or has no narrative qualities. On the contrary, it is relevant and urgent. Hajera Begum, the subject of Shahidul Alam’s series Still She Smiles, set up an orphanage in Dhaka after enduring a childhood of violence and sexual abuse. Alam’s sensitive photographs communicate Begum’s warmth and positivity, and the safety and happiness she offers to numerous children whose parents could not keep them due to addiction or poverty FIG. 1. Although they are often discoloured and distorted, Gideon Mendel’s large-scale photographs of demonstrations in South Africa in the 1980s – printed from negatives damaged in storage – express the collective struggle that was the fight against apartheid, and foreshadow images of mass demonstrations and protests being circulated on social media today. Mendel’s image of a young woman asphyxiated by teargas FIG. 2, her head accentuated by a white, halo-like stain on the negative, is particularly harrowing in the light of the alarming pattern of violence used by police in Hong Kong in response to ongoing anti-government demonstrations. The power of Ivor Prickett’s photograph of Nadhira Rasoul lies precisely in what it does not show: sitting on a plastic chair on a rubble-filled makeshift road in Mosul, Rasoul looks on as, somewhere outside of the frame, the bodies of her relatives are uncovered after an airstrike FIG. 3.

The evocative power of the work on display is not up for debate. The question is whether being displayed on the walls of galleries in cities such as London, Zürich, Monaco and Lausanne – to which the exhibition travels – alongside other, often unrelated, photographs under a collective theme, strengthens its narrative qualities or weakens them. The ‘compelling narrative’ behind these photographs, and the purported raison d’être of the Prix Pictet, is summed up in short, at times excruciatingly patronising wall texts; with the word ‘hope’, neatly worked into nearly every one. For instance, the painstakingly hand-embroidered photographs by this year’s winner, Joana Choumali FIG. 4, taken in the town of Grand-Bassam on the Ivory Coast three weeks after it experienced a terrorist attack, represent ‘an act of channelling hope and resilience’.8 Margaret Courtney-Clarke’s portraits of the people surviving in the unforgiving environments of Namibia, where water and food is scarce FIG. 5, have allowed the photographer to discover ‘against a seared backdrop, a hidden world of nurtured aspirations – the embodiment of hope’. A small village in Transylvania photographed by Rena Effendi FIG. 6, whose traditional rural life is under threat due to industrialisation and globalisation, is described as a place ‘where hope remains that this way of life will somehow persevere’. Particularly indelicate is the text that accompanies a series by Ross McDonnell, whose photographs of prosthetic legs left behind at an orthopaedic hospital in Jalalabad FIG. 7, render them almost sculptural. These prosthetics, some more lifelike than others, were carefully adapted by their previous owners with the few materials available to them – plastic, string and multi-coloured fabrics. According to the wall text, McDonnell’s images are a ‘testament to the belief’ that the ‘success of a prosthetic depends 10% on the object and 90% on the patient’s attitude to it’. Aside from the application of such sweeping statistics, provided by anonymous experts, to what is not only a complex medical but also a social issue, what kind of ‘hope’ is meant here exactly?

Perhaps it is the kind of hope that Roger Scruton discusses in his contribution to the exhibition catalogue, which he begins by lecturing the reader on the ‘deep truth’ that underlies theological ideas of hope, urging us to ‘remember with gratitude those officers who have remained hopeful in whatever circumstances’.9 Scruton does not say a single word about photography, which is perhaps not surprising given his controversial thoughts on the medium.10 Instead, he pontificates about what he refers to as ‘intransitive hope’, which ‘irradiates the mind without the thought of something hoped for’. At least by referring to the kind of hope that is not directed at anything in particular Scruton is in keeping with this year’s theme. This kind of hope, he assures us, can even help us to accept what he calls ‘bad results’: injury, loss and death. ‘Even if we die’, he writes, ‘there is something, the most valuable part of us, which remains unharmed by this’. So if there is one thing we can take away from Scruton’s orotund text it seems to be that good Christians have nothing at all to worry about.

To gather the work of twelve undoubtedly talented artists, and to use one broad term to connect the complex issues explored in these photographs, is to do them a disservice. It is to cheapen the artists’ individual practices and concerns, and it is to disarm photography as a whole, which can be an agent for change. Prizes such as these will continue to raise the profiles of both the artists that win them and of the organisations behind them, but whether the Prix Pictet in particular will, in the words of the Chairman of the Jury David King, ‘alarm our politicians into action and inspire us all before it is too late’ is doubtful. Worst of all is that this year’s theme, rather than draw attention to the some of the serious issues raised, provides relief from them, and it provides that relief to those who need it the least. 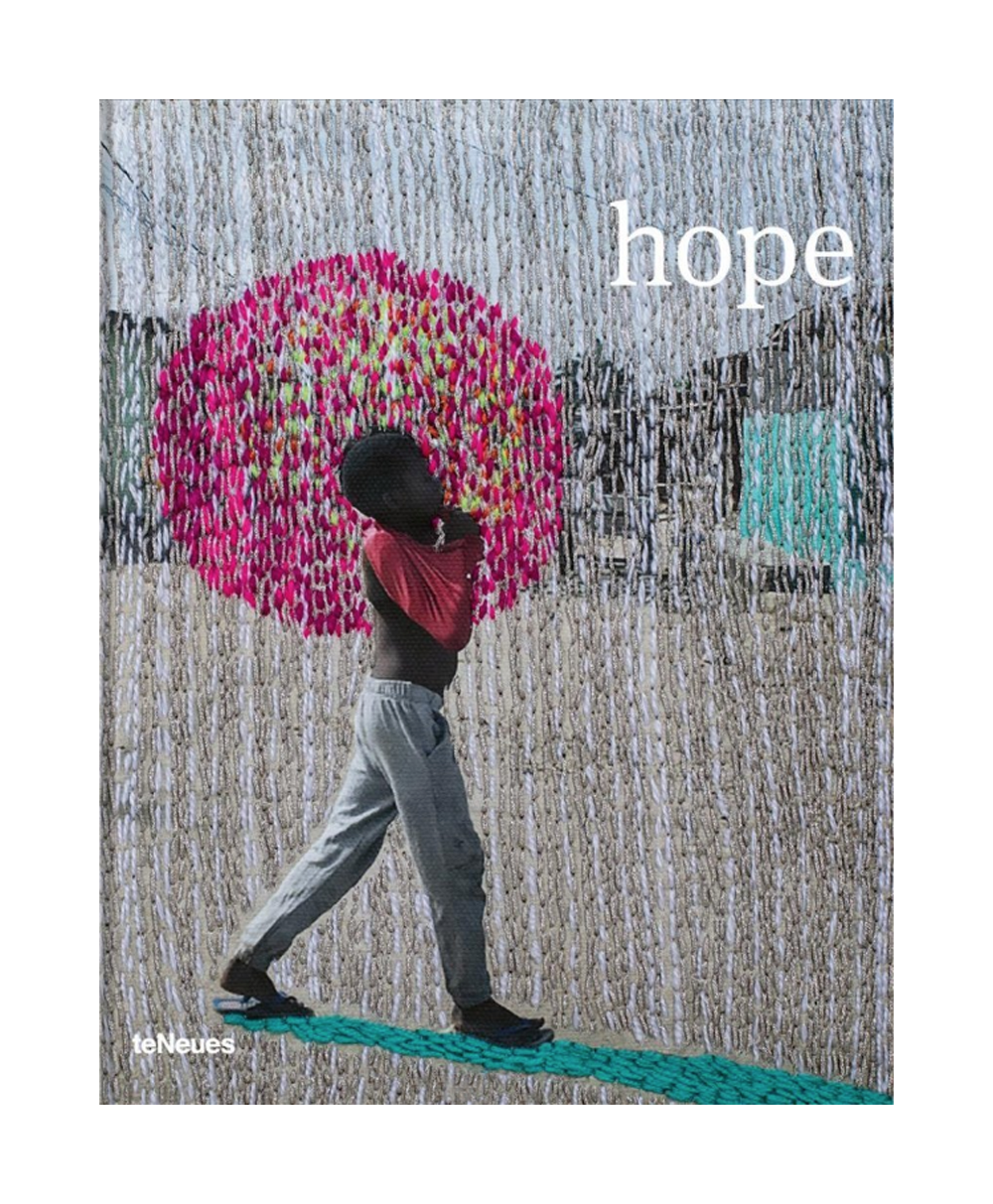 is Assistant Reviews Editor at The Burlington Magazine.