There is something uncanny in the argument Chad Elias makes in Posthumous Images: Contemporary Art and Memory Politics in Post–Civil War Lebanon, and the timing of the book’s publication. His methodology mirrors his proposition that the works of art made in the post-civil war period in Lebanon needed some time and distance to materialise, with his own need for time and distance from the works in order to analyse them.

Through a focus on the practices of a selection of Lebanese artists who work internationally – Walid Raad, Akram Zaatari, Rabih Mroué, Joana Hadjithomas, Bernard Khoury, Elias Khoury, Marwan Rechmaoui, Khalil Joreige, Walid Sadek and Lamia Joreige – Elias argues that the violence of the Lebanese Civil War in these works is pictured or narrated posthumously, or after the fact. His art-historical analysis therefore continues this logic, and relives the reliving that takes place in the art that came out of the experience of conflict in Lebanon. Many of the practices analysed in this book have at their core a problematised notion of witnessing and giving testimony to the violence of conflict. This is revealed as a shared condition, one which Walid Sadek has described as the ‘witness that knows too much’.1

Many of the works analysed by Elias in the post-civil war context use art to give testimony as a response to the Ta-if agreement of 1991. Marking the end of the Lebanese Civil War, the agreement granted amnesty to the perpetrators of violence during the conflict.2 This removed all legal capacity to testify against crimes committed, meaning no justice could be brought for the people killed or disappeared during the war. The art that developed out of this situation therefore often adopts the characteristics of testimony, reliving the conflict in the absence of any legal frame to bring accountability or justice for the human effect of the violence.

In this way, the book brings together a collection of works that have already come to form a complex and well-known instruction manual for the poetic depiction of a protracted lived experience of conflict and violence. For readers with little knowledge of the art borne of the Lebanese Civil War, this book will provide an initial, but perhaps difficult, introduction.

Chapter Two, titled ‘Resistance, Video Martyrdom, and the Afterlife of the Lebanese Left’, observes how films by Akram Zaatari (All is Well on the Border; FIG. 1) and Rabih Mroué (On Three Posters; FIG. 2) use strategies of re-enactment to place a historical past in productive tension with a political present. This chapter also details the political and legal situation that takes place in the aftermath of the Ta-if Agreement. Elias argues that the reason that these works engage in such legal frameworks emerges partly as a result of what he describes as ‘state-sponsored amnesia’. This argument is problematic, since the Ta-if Agreement, from which this condition emerged, was not only constructed at the level of state, but was an internationally sanctioned and ratified political and legal agreement.

Despite this, the historical grounding of the conflict in chapter 2 is useful, as it aids understanding of the geopolitically charged works described across the book. Furthermore, as the book moves with some fluidity between art, architecture and politics, it goes some way to reveal the spatialised affect of the conflict. This can be seen in several of the examples given by Elias, notably Marwan Rechmaoui’s Monument of the Living FIG. 3, and Bernard Khouri’s Evolving Scars FIG. 4, which addresses the systematic demolition of war-torn buildings in Beirut.

Throughout the book, Elias uses the term ‘the Lebanese wars’ to describe the conflict that took place during the fifteen years of the Civil War, a term sometimes used locally, but problematic in the frame of this internationally circulated publication, as it implies an end to the wars from that point onwards. This serves to restrict understanding of the protracted nature of such cycles of continuous, structural and often invisible duress, described by the theorist Rob Nixon as ‘slow violence’.3 But it also fails to acknowledge the continuation of such spectacular violence characterised and made most visible in the 2006 Lebanon War.

Although it is important to place the works and practices analysed in this book in the context of art history, as described by Elias in the introduction, it is also important that these works are well situated in their wider geopolitical setting and within the discourse with which they continue to engage. Late in the book, in analysing the video work Here and Perhaps Elsewhere by Lamia Joriege FIG. 5, Elias raises an important point regarding ‘the artists’ undeclared role in unearthing and retelling traumatic histories that they themselves did not directly experience but which nonetheless shape their psychic formation as a subject’ (p.130). There is a wealth of work, not included in this book, from practitioners who continue to speak out against the impact of the Civil War in Lebanon, seen now through its unmistakable environmental effects, along with the further potential threat of conflict. The radical nature of these practices comes in their attempt to map these less visible currents of violence. Perhaps the analysis made by Elias in this book should less relegate the works he focuses on to a closed temporal frame of art history, but rather should further engage and uphold these continued discursive political and legal agency, as it is happening now, and as it is still forced into the making. 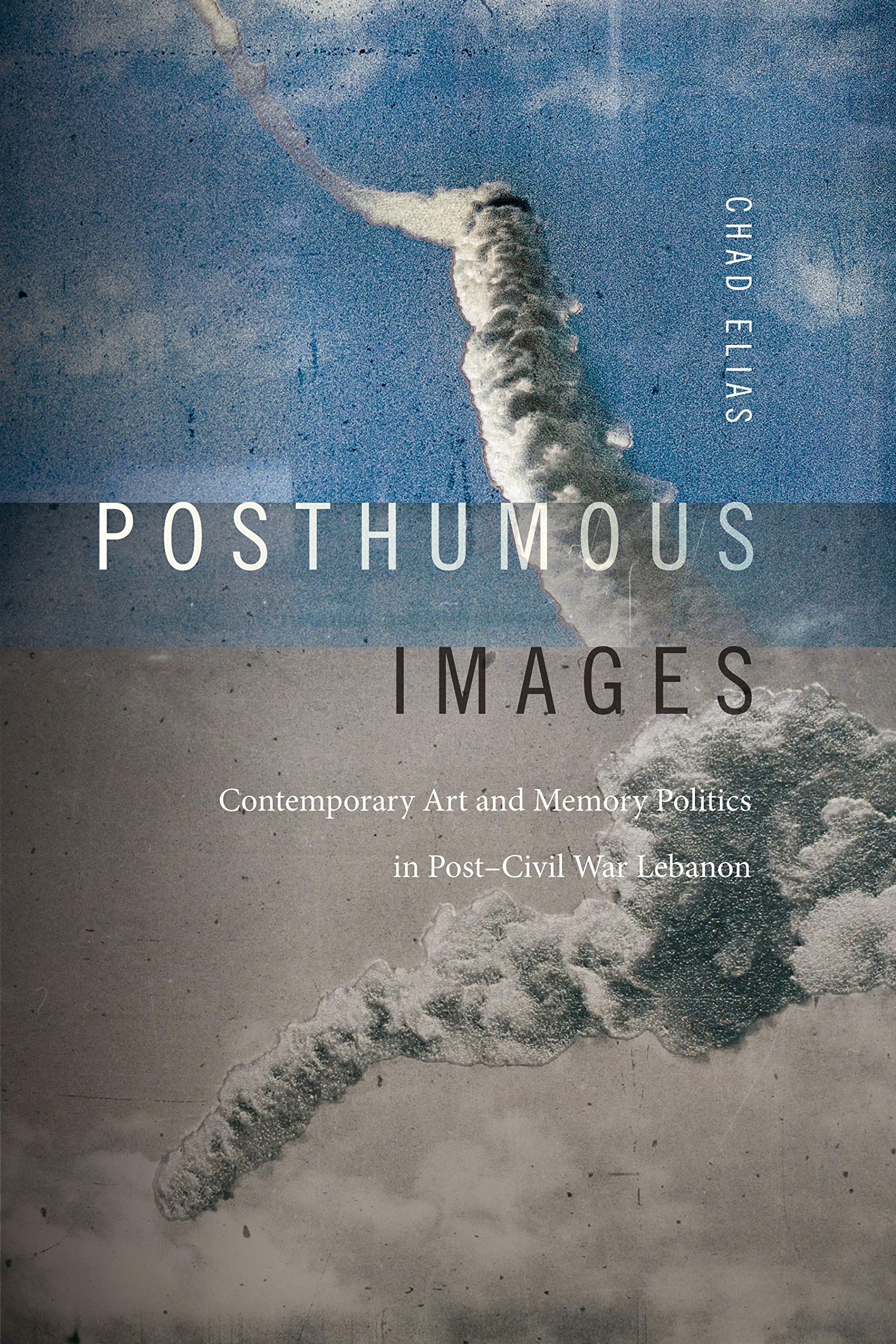 Helene Kazan is an artist, curator and writer. Her work investigates risk in Lebanon through an analysis of international law, architecture and the human experience of violence, observed and argued through the frame of ‘poetic testimony’. Kazan is a Lecturer at Oxford Brookes University and the Royal College of Art, London. She is the recipient of the 2018–20 Vera List Center Fellowship at The New School, New York. See www.helenekazan.co.uk.