‘[The critic’s] object will not always be to explain the work of art. He may seek rather to deepen its mystery, to raise round it, and round its maker, that mist of wonder which is dear to both gods and worshippers alike’, wrote Oscar Wilde in his famous essay from 1890, The Critic as Artist.1 In Michael Bracewell’s discussion of the work of Richard Hamilton (1922–2011) the author alludes to Wilde’s notion of deepening mysteries in reference to Hamilton’s durational and complex engagements with James Joyce and Marcel Duchamp – the former from a distance, the latter more intimate FIG. 1. However, this idea is equally germane to Bracewell’s own undertaking. Wilde continues, ‘the more strongly [the critic’s] personality enters into the interpretation the more real the interpretation becomes, the more satisfying, the more convincing, and the more true’.2 Modern World: The Art of Richard Hamilton is just that: rather than an exhaustive, art-historically asphyxiated and strictly chronological monograph, it is a convincing and truthful account of Bracewell’s interest in Hamilton, filtered, as it necessarily would be, through the lens of the author’s faceted personality.

In most scholarship and anthologies dedicated to Hamilton, the threadbare ‘pop-progenitor’ narrative is often the most prominent. Hamilton’s involvement with the Independent Group – the coterie responsible for codifying the inchoate British Pop art movement of the mid-1950s – may still be the artist’s most ready identifier, but Bracewell is eager to divest from its primacy. Hamilton’s most well-known work of art FIG. 2, created in 1956 for the pioneering group exhibition This is Tomorrow at the Whitechapel Gallery, London, is illustrated but goes unmentioned in Bracewell’s text. Rather, the author proceeds elliptically, giving Hamilton the kind of introduction that has largely been neglected: a culturally enveloping, multidimensional view, one that is elevated, nuanced and researched enough to appeal to knowledgeable readers, yet still approachable and engaging enough for casual audiences; it is a highwire act, nimbly executed.

Bracewell luxuriates in language. His texts introduce the reader to a poetry of interpretation, to a lexicon unexhausted by the academics who have trailblazed some of the territory he seeks to explore. It is always a delight to read his prose, and Modern World is no exception. In five concise chapters – ‘Cool,’ ‘Context,’ ‘Epiphany,’ ‘Revolution’ and ‘Women’ – Bracewell provides lyrical introductions to a selection of Hamilton’s works that he is most drawn to. These works are, for the most part, not Hamilton’s most iconic, and the relative sparsity of the selection – given the vastness of Hamilton’s output – indicates Bracewell’s lack of investment in a comprehensive treatment of the artist’s work. The result is a narrative that begins with Hamilton’s melancholic painting My Marilyn FIG. 3, which Bracewell first encountered at the Tate Gallery in the early 1970s, and ends with a protracted dissection of Hamilton’s final, unfinished digital work, Le Chef-d’oeuvre inconnu–a painting in three parts, which was printed after the artist’s death, in 2012.

At times Bracewell pauses to reflect on lesser-known works, such as Hamilton’s Study for ‘Lux 50’ series, which was originally commissioned in 1973 by the Japanese Lux Corporation. The studies depict a black Lux amplifier positioned on a white table against softly hued, airbrushed backgrounds, prefiguring Hamilton’s technological literacy and obsessive use of computer programs from 1987 onwards. Bracewell highlights this series for its demonstration of how ‘research, experimentation, and process are the basis of Hamilton’s approach to making art’, going on to suggest that ‘process and technology [. . .] comment upon themselves and their subject simultaneously. This critique can be ironical, sociological, political, and aesthetic – and often all of these positions, seamlessly melded, comment upon one another’ (p.82). This is, in a sense, a good summary of Hamilton’s œuvre, given that the artist’s declared ambition was ‘to be multi-allusive!
[. . .] to relate to everything that was going on in the world’ (p.42), while at the same time striving to reconcile his painterly sensibility and technologist’s appetite for innovation FIG. 4.

Modern World is as much a portrait of Hamilton’s spirit of inquiry, attitude and iconoclastic approach to creativity as it is a series of close readings of individual works. Refreshingly, Bracewell has selected works not according to a rigid temporal or formal structure, but instead in response to the fluidity of aesthetic association or to the prevailing cultural amnion that might have bound certain pieces together – for example, the series Swingeing London 67 FIG. 5, depicting Mick Jagger, and Hamilton’s design for The Beatles’s ‘White Album’ (1968). This is where Bracewell’s all-embracing range of cultural concerns, especially his fluency in pop music, most serves his subject FIG. 6. Memorable passages include his description of the ‘acoustic dead drops and sudden silences [. . .] the tinkling, icicle chime meanderings of a ghostly saloon-bar piano’ (p.22) of Elvis Presley’s Heartbreak Hotel to elaborate the sense of alienation that prevails in My Marilyn, or his analysis of the ‘formulaic house style of psychedelic/underground graphics’ (p.151) as a foil to the radicality of Hamilton’s utterly blank design for the ‘White Album’.

The year in which The Beatles, or the ‘White Album’ as it is most commonly known, was recorded was a year of seemingly endless global unrest: the shooting of Andy Warhol, Robert F. Kennedy’s assassination, the Warsaw Pact invasion of Czechoslovakia; it also set the stage for Hamilton’s elegiac Kent State FIG. 7. The source for the screen print was a photograph taken by the artist of the televised shooting of the university student Dean Kahler, and the work, in some respects, consolidated Hamilton’s concerns. Bracewell writes: ‘The interconnectedness and internal mirroring of the image, subject, process, comment, and viewing that Hamilton achieves with Kent State could not be more symmetrical. The human significance of the subject is rendered multi-allusive to the viewer by the artistic and technical processes of its depiction and replication. This simultaneously passes moral, ironic, or merely lucid comment on the means by which the source image of the subject was both created and received’ (p.144). The human significance of Hamilton’s work is one thing, it is the depth that gives his œuvre lasting value, but Modern World gives us something else: the human at the easel – or, in later years, at the computer monitor – and a rare opportunity to look at something and see it genuinely afresh. 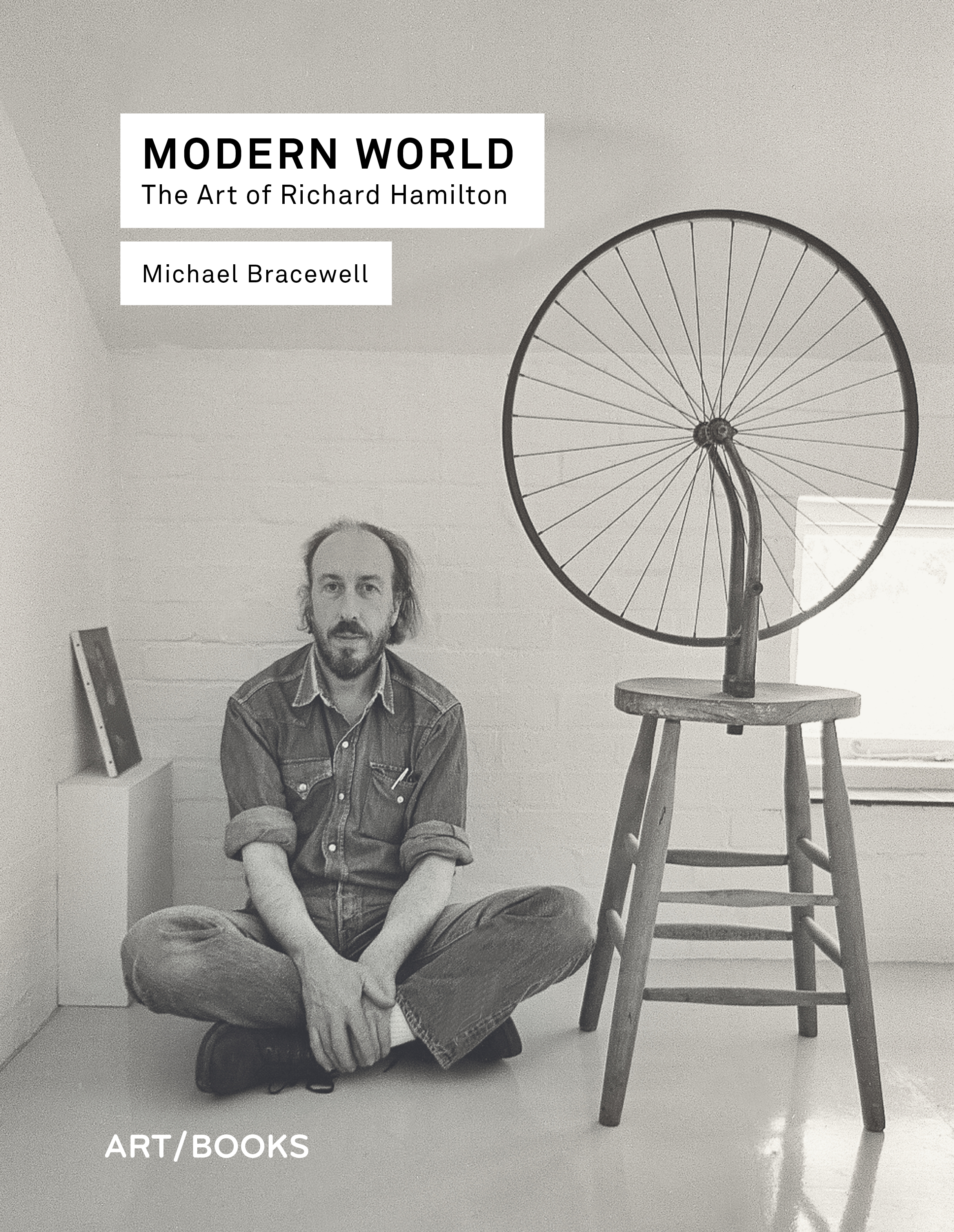 is a writer, editor and founder of the design brand Permanent Collection. In 2013, she received a PhD from the University of Cambridge on the subject of Richard Hamilton’s late work. In 2020 her culinary memoir, Always Home, was published by Knopf. Based in Los Angeles, she regularly contributes art reviews and culture writing to a number of publications.