In his book Phenomenal Difference: A Philosophy of Black British Art, Leon Wainwright considers the possibilities of taking a philosophical approach to the art history of Black and diaspora artists in Britain. Departing from models of looking and writing about the visual production of African, Asian and Caribbean artists, established in a field that still struggles, at times, to look beyond theories of identity politics, cultural difference, representation and ethnicity, Wainwright calls upon strategic close reading of images and frameworks of phenomenology to open up new methods of experience and engagement. He draws on the work of the pioneers of phenomenology, such as Heidegger and Merleau-Ponty, together with more recent figures involved in the construction of an expanded field of British art history, such as Jean Fisher and Rasheed Araeen, to re-orientate our relationship to art towards a consideration of the phenomenal. As he writes in the opening pages of the book:

The phenomenal has a special part to play in understanding since it cannot be isolated merely as a theme of black British artists’ practices, but is actually relevant to all of their artworks. Nor is the phenomenal something that we can expect simply to find in their works (nor as a meaning somehow behind their art); rather it is their works, they are phenomena (p.9).

Privileging the experience of the work of art as a ‘lived object’ rather than picking out and decoding meaning in and through critical language, Phenomenal Difference offers readers a mode of looking and writing that accounts for the affective and critical relations between art, artists, viewers and the wider world. Wainwright’s critique is, of course, not new and will be familiar to those charting the rapidly expanding field of academic and institutional activity around diaspora artists in Britain. Indeed, the seeds of his turn towards the art object through ‘strategic phenomenology’ can be seen in Kobena Mercer’s influential essay ‘Iconography after identity’, in which the author offers a loosely reconfigured version of Panofsky’s iconological model to redress the erasures and elisions produced by a discourse in which ‘the dignity of objecthood is very rarely bestowed on the diaspora’s works of art’.1 The same sentiment rings through the more recent mantra of the Arts Council-funded Black Artists and Modernisms research project, spearheaded by the artist Sonia Boyce: ‘attend to the work’.2 Looking across the Atlantic, Wainwright cites the influences of materiality in works such as Darby English’s How to See a Work of Art in Total Darkness (2007) and Paul C. Taylor’s engagement with phenomenology in Black is Beautiful: A Philosophy of Black Aesthetics (2016).

This is not to say, however, that Wainwright discards existing research methods entirely. Indeed, across the first two chapters of the book, as in his previous scholarship, he acknowledges both their value and the pressing need to reckon with ‘the struggle for belonging and nationality in Britain in the face of marginalisation, exclusion and racism, and more particularly, the rights of Black British artists to belong and to be remembered and represented in the canonical histories of art’ (p.7). Carefully outlining the problems inherent in simply dividing the theorising of the extant literature from his own phenomenological approach, Wainwright offers a thoughtful and persuasive examination of the ways in which the theoretical is necessarily underpinned and presupposed by the perceptual. Indeed, as Merleau-Ponty observed, ‘perception is not a science of the world, it is not even an act, a deliberate taking up of a position; it is the background from which all acts stand out, and is presupposed by them’.3

A strength of Wainwright’s approach is his ability to keep both the phenomenological and the theoretical in view across the book’s subsequent chapters, in which he discusses the construction of personal and collective histories (chapter 3), the body and the ‘body image’ (chapters 4 and 5) and the agency of works of art (chapters 6 and 7). His rich descriptions throughout the book demonstrate his interest in the phenomenological encounter and commitment to close looking. Putting his approach into practice across a wide spectrum of works from Aubrey Williams’s ‘overlapping [of] the aural and painted’ in an assertion of ‘music as painting’ in Quartet No. 5, Opus 92 FIG. 1 to the behemoth cardboard vessels in Hew Locke’s Hemmed in Two FIG. 2, considered here within the context of the ICA’s Alien Nation exhibition of 2006. It is in these chapters that Wainwright is at his best and his argument at its most convincing, as he brings his phenomenological approach to bear on works of art to unravel the complex relationships between art, artists and the viewer.

During the current surge of critical reassessment of the creative production of Black British artists during the 1980s – a moment that has tenuously come to be known as the British Black Arts Movement – Wainwright’s offering also serves as a refreshing reminder both of the need to continue to pay attention to the works created during that period and to recognise their place within a wider contemporary context. Discussing key works by Sonia Boyce, including Big Women’s Talk (1984) and She Ain’t Holding Them Up, She’s Holding On (Some English Rose) FIG. 3, his careful study of the placement and positioning of bodies in space adds a new layer of nuance to existing understanding. Further layers of engagement are produced by placing them alongside the artist’s later work Afro Hair FIG. 4 which itself speaks here to Mona Hatoum’s hair-based works of the mid-1990s FIG. 5 and performative works such as Sonia Khurana’s Zoetrope (1999). In this study, Wainwright highlights the problems within a discourse that at times seems at risk of isolating the practice of Black and diaspora artists as a concern only of the 1980s and foregrounds the phenomenal dialogues at play across multiple decades. 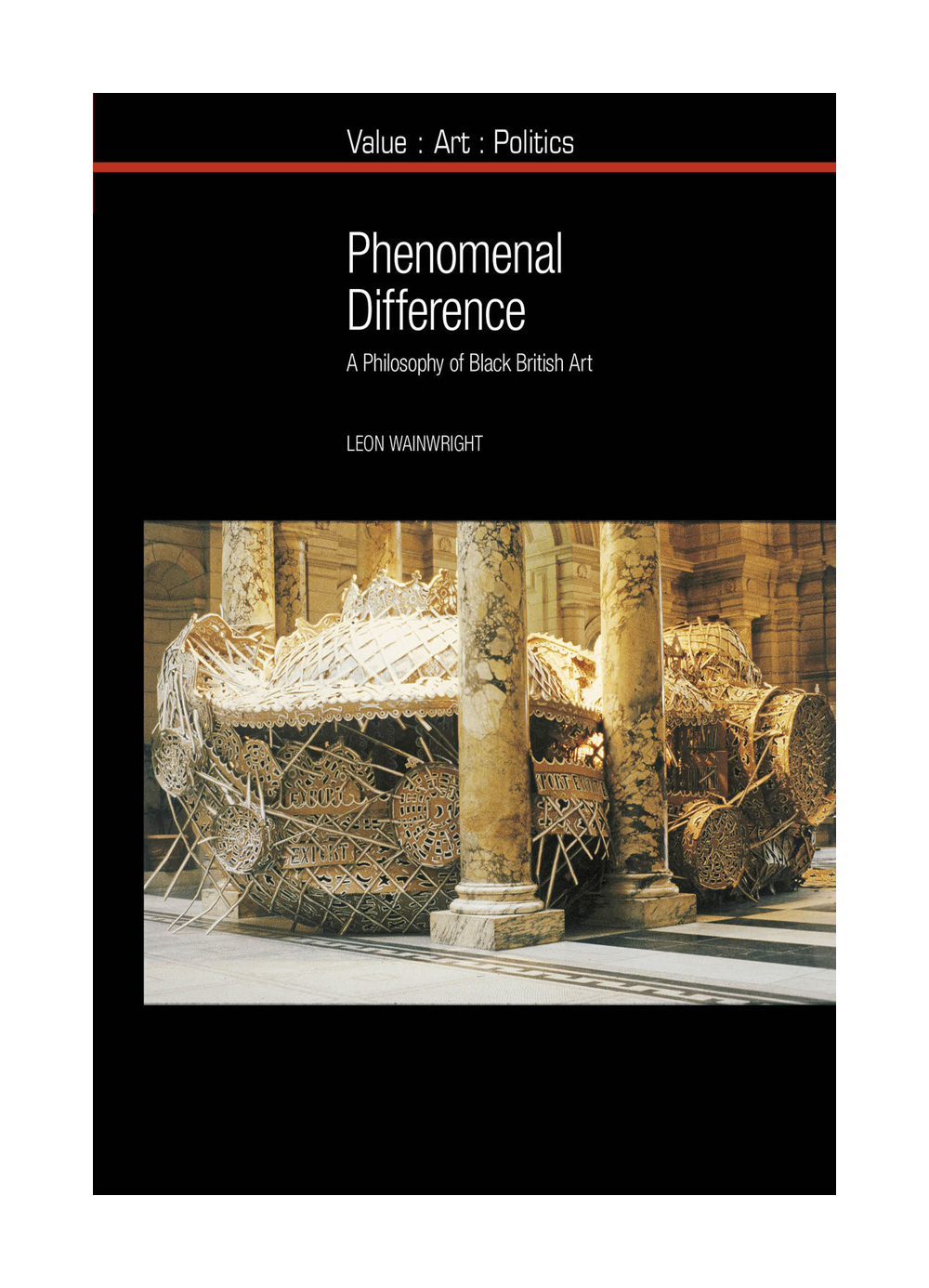 Elizabeth Robles is a British Academy Postdoctoral Fellow (‘Making Waves: Black Artists and ‘Black Art’ in Britain from 1962-1982’) and Lecturer in Contemporary Art at the University of Bristol.