What is the emotional experience of being inside a cave, or on a small island? Is there a common psychological link between watching road movies, playing computer games and taking a road trip? In the book under review, Mathias Fuchs ventures into a fascinating range of art-historical, literary, film and philosophical references to analyse the function of archetypal experiences of various spatial environments commonly found in computer games. Over the course of eight chapters, readers encounter the works of Caspar David Friedrich FIG. 1, Arnold Böcklin, Edward Hopper FIG. 2 and Corey Archangel alongside examinations of the Unreal computer game engine and the procedural worlds of No Man’s Sky (by Hello Games).

Fuchs derives the term ‘phantasmal’ from Fox Harrell, who uses it to analyse digital media works and to question how worldviews and concepts embedded within individuals inform the digital experience. In his introduction Fuchs builds on Harrell’s idea by introducing Gaston Bachelard’s notion of ‘topoanalysis’, a method of combining the Jungian archetypes of psychoanalysis with the primary experiences examined by phenomenology. According to Bachelard, for example, the archetype of a house can be associated with a small casket, a reader’s nook or indeed a chrysalis as poetic shelters for dreaming1  but these archetypes might be renewed by human experience (we might find a divergence between our mental image of home and being home in reality).2

The attempt to reconcile sensory experience with the burden of historical and psychological memory is a familiar problem in recent art-historical discussions of landscape,3 which have explored how the meaning of an environment is determined by the personal, cultural and historical preconceptions of the viewer, and to what degree it is possible to have new experiences and form new memories by simply being in an environment, whether it be physical or virtual.4 Fuchs also argues that Harrell inaccurately assumes that the memory of an individual is restricted to a single cultural history, asserting that it is equally likely that any personal experience will be shaped by a number of worldviews.

However, in practice, the ‘panorama of phantasms’ that Fuchs advocates for in his framework tends to defer only to European and North American cultural texts. When reading Fuchs’s analysis of the cave as a spatial phantasm, for example, one might compare Theodore Rousseau’s Cave in a Cliff near Granville (1833) to the legend of Tang dynasty painter Wu Daozi disappearing into his painting of a cave, but as James Elkins has pointed out, such comparisons can just as easily introduce mistranslated concepts that cancel out the benefits of such broad comparisons.5 Therefore, the reader will not find an exhaustive list of all the possible readings of these phantasmal spaces. Instead, Fuchs’s analysis of the phantasmal spaces in computer games concentrates on a plausible set of cultural references alongside a fascinating examination of how these spaces can be experienced by the player of a computer game.

In the chapters following the introduction, Fuchs analyses a discrete series of phantasmal spaces: the road FIG. 3, the ruin, the cave FIG. 4, the cloud, the cliff, the forest, the portal and the island FIG. 5. In his chapter on the popularity of architectural ruins in computer games, Fuchs argues that certain periods of cultural production, like the French and Italian Rococo and German Romanticism, express a heightened preference for ruins, and that we ourselves might be living through such an epoch. He complements these arguments using his own photomontages of games and works of art FIG. 6. The entropy that breaks down physical buildings is not a condition of computer game software, and every crumbling brick and dusty surface in a game requires additional computation. Fuchs argues that the preponderance of ruins in games reflects a heightened audience desire to see such forms in games. He locates the meaning of these ruins in Hartmut Böhme’s description of an aesthetic longing for the glory of an imagined past projected onto symbols of decay.6

Moving through an array of historical figures such as the German Romantic painter Caspar David Friedrich and the Nazi architect Albert Speer, Fuchs argues that the crumbling ruins of Assassin’s Creed FIG. 7 and the ‘digital dust’ of the more recent Tomb Raider (by Toby Gard/Eidos Interactive) games can be understood with reference to Sigmund Freud’s theory that playing with decay might provide therapeutic relief from the cycles of creation and destruction that define our lives.7 Fuchs’s analysis of ruins is not exhaustive; readers will not, for example, encounter a reading through the English Picturesque,8 but they will find an engaging combination of psychological precedents that derive from a range of cultural texts alongside an analysis specific to the technologies and experiences that are unique to computer games.

In the final chapter, Fuchs makes two key syntheses. First, knowing that it might undermine the nuanced complexity of his analysis, he provides a convenient table of the psychological associations for each landscape phantasm, comparing the cave to the trauma of birth and the loss of cosmic union with the planet and the mother, the forest to the uncanny place of magic, where ‘all that is terrible’ can be found, and so on.9 From the first reduction of the table, Fuchs’s second synthesis is complexity and combination. He suggests that ‘compound phantasms’ can be created by combining different phantasmal spaces with one another. A game designer might design islands in the clouds or portals within caves, and in doing so, expand the spatial experience into the realm of Surrealism by rupturing a familiar archetype with the ‘not quite in order’ combination of another phantasmal space. The chapters for each phantasmal space can be read in any order, depending on the motivations or interests of the reader. 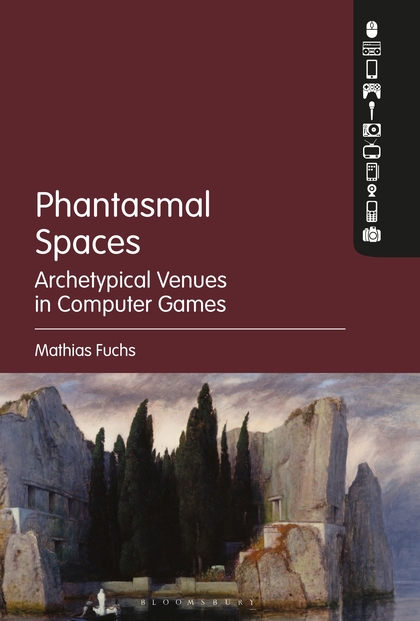 is an art historian, game scholar and visual artist working at the intersection of computer game and landscape studies. He is engaged in a prolonged consideration of the history of landscape images, how they are remediated by technological shifts and how these shifts absorb and reflect changes in our relationships with the physical environment. Peter is an Assistant Professor at the Academy of Visual Arts and the Augmented Creativity Lab at Hong Kong Baptist University, where he is working on research projects that span player-generated content, landscape encoding using Generative Adversarial Networks and the ontology of the digital image.