When visitors approached the Pepsi Pavilion at the 1970 Japan World Exposition, Osaka, they were met with a moving sculpture FIG. 1. Swirling fog surrounded the geodesic dome, invariably obscuring its characteristic architecture and the exhibition entrance. Once inside, after proceeding through a dark tunnel, visitors were faced with a variety of sensory experiences: a second dome, 90 feet tall and mirrored; a laser light shower; and a floor composed of materials that emitted different sounds through interactive headsets. The pavilion was designed by the avant-garde collective Experiments in Art and Technology (EAT). Members of EAT included the engineer Billy Klüver, Robert Rauschenberg and the Japanese artist Fujiko Nakaya (b.1933).1

In collaboration with the scientist John Mee, Nakaya has been making fog sculptures for museums and cultural projects around the world ever since. While the locations have been numerous, the formula remains the same: high-pressured pistons expel pure water out of multiple nozzles, which becomes vapour. The fog hangs in the air for several minutes, sometimes longer depending on the environmental surroundings, before gravitating to the nearest water supply or evaporating if conditions allow. Once the pistons stop firing and quietness falls, each minute spent with the suspended cloud is different. The fog is tactile but ephemeral, simultaneously provoking a childish sense of wonder and a state of introspection.

Playfulness and curiosity persist in the exhibition Nebel Leben at Haus der Kunst, Munich, the first retrospective of Nakaya’s works outside of Japan. This is evident from the wordplay of the palindromic title, which translates as ‘Fog Life’, to the vast fog sculpture that dominates the central room of the exhibition. Nebel Leben includes three such fog sculptures. The first, which was conceived for this exhibition, is titled Munich Fog (Fogfall) #10865/II and is installed on the east terrace of the building overlooking Munich’s public park, the Englischer Garten, and the Eisbach River that runs alongside it; the second is a new iteration of Square Fog #47590/1, which was originally commissioned for the Miyagi Museum of Art, Sendai, in 1981 and features fog rising from four square drums FIG. 2; and the third, Munich Fog (Wave), #10865/I, also made specifically for Haus der Kunst, is installed in the central atrium of the temporary exhibition space FIG. 3. The exhibition celebrates the symbiotic influence between these fog sculptures and Nakaya’s lesser-known early video works, drawings and paintings, providing a long overdue contextual framework. A number of works will be completely new to Western audiences and several have never before been seen outside of the artist’s studio.

Entering from the east side, the first work the viewer encounters is Soji-ji (1979/2022), a three-channel video that documents choral chanting at a Zen temple. Here Nakaya presents what appears to be a shared experience, a shared concern with time, but in a ceremony such as this monks undertake their recitations individually, in time with their own breath. Another video, the oldest work exhibited in the show, is a short film of a spider undoing and remaking its web, Ride The Wind And Draw A Line FIG. 4. Drawing attention to the creeping passage of time, it also invites comparison with The Statics of an Egg FIG. 5, which highlights the mundanity of so many tasks in which humans – like spiders – find themselves engaged. The Statics of an Egg focuses on Nakaya’s hands as she tries to balance two eggs upright on a flat surface. The video references ‘The first day of spring’, an essay written by the artist’s father, the prominent scientist Ukichiro Nakaya, wherein he explains how it is possible to stand eggs upright, and not only on the first day of spring, as the Japanese proverb details. There is an element of humour, of the Sisyphean even, but fundamentally it shows a preoccupation with time and the unique power of video art to generate its own temporality.

River–View without View Angle (1978/2022; hereafter River) makes the link between the fog sculptures and the video works most clearly. A video of rushing water is split across five screens positioned upright on the floor like plinths, creating the effect of a river running from screen to screen. Like her fog sculptures, Nakaya’s River interrogates how nature can be sculpted into something bounded by space or screen, while at the same time acknowledging that our ability to constrain natural forces is necessarily limited. Speaking about her fog sculptures in 1970, Nakaya noted that ‘because the atmospheric condition sculpts the fog, it changes its shape all the time’.2 These changes are at once controlled and uncontrollable, a duality that is fully observable in a white cube gallery space as opposed to the natural environment. The fog is both the medium and the mediator; Nakaya herself is able only to exert limited control over her chosen medium. This tension is present in the current show: the expulsion of the water is tightly controlled, but once it is released into the atmosphere it becomes subject to nature, it becomes nature.

Two walls in the exhibition are dedicated to preparatory drawings made by Nakaya and her studio assistants. They deftly combine detailed technical studies and scientific notations with descriptions and softly rubbed pencil illustrations that verge on the romantic. One sheet for a fog installation at Taoyuan County Performing Arts Center reads ‘On calmer days fog gently travels across the pond – bouncing effect at edge’ FIG. 6. This is the first time the drawings have left Nakaya’s studio. She was initially hesitant for them to be exhibited, as for her the process of creating a fog sculpture is more than its practical elements, it is rather, as quoted in the exhibition wall text, ‘a process of seeing a form’. However, the inclusion of the drawings, albeit reluctant, is crucial for the viewer to understand the artist’s fundamental interest in the process of fusing art and science. In an adjoining room are a number of paintings from the 1960s, predating the 1970 Japan World Exposition. Using a predominantly earthy palette, Nakaya applies paint to canvas using different tools, occasionally including her own fingers. The results are varied. Some paintings are almost psychedelic in their patterns and combination of colours, whereas others, such as Cloud series FIG. 7, speak more overtly to the phenomenon that would come to define her career.

In the accompanying catalogue Nakaya reflects on her involvement in the Pepsi Pavilion: ‘This was not a case of collaboration where art uses technology or vice versa. Rather, it was a situation where technology gives courage to the artist to go on and be completely free’.3 Elements of the architectural and sculptural inflect the entirety of Nakaya’s practice. However, traditional designations of medium – video, paper, canvas, water – are irrelevant; for Nakaya the medium is not fixed to one temporality or spatiality. It is through this expanded definition – or non-definition – that her works stimulate conceptual thinking. 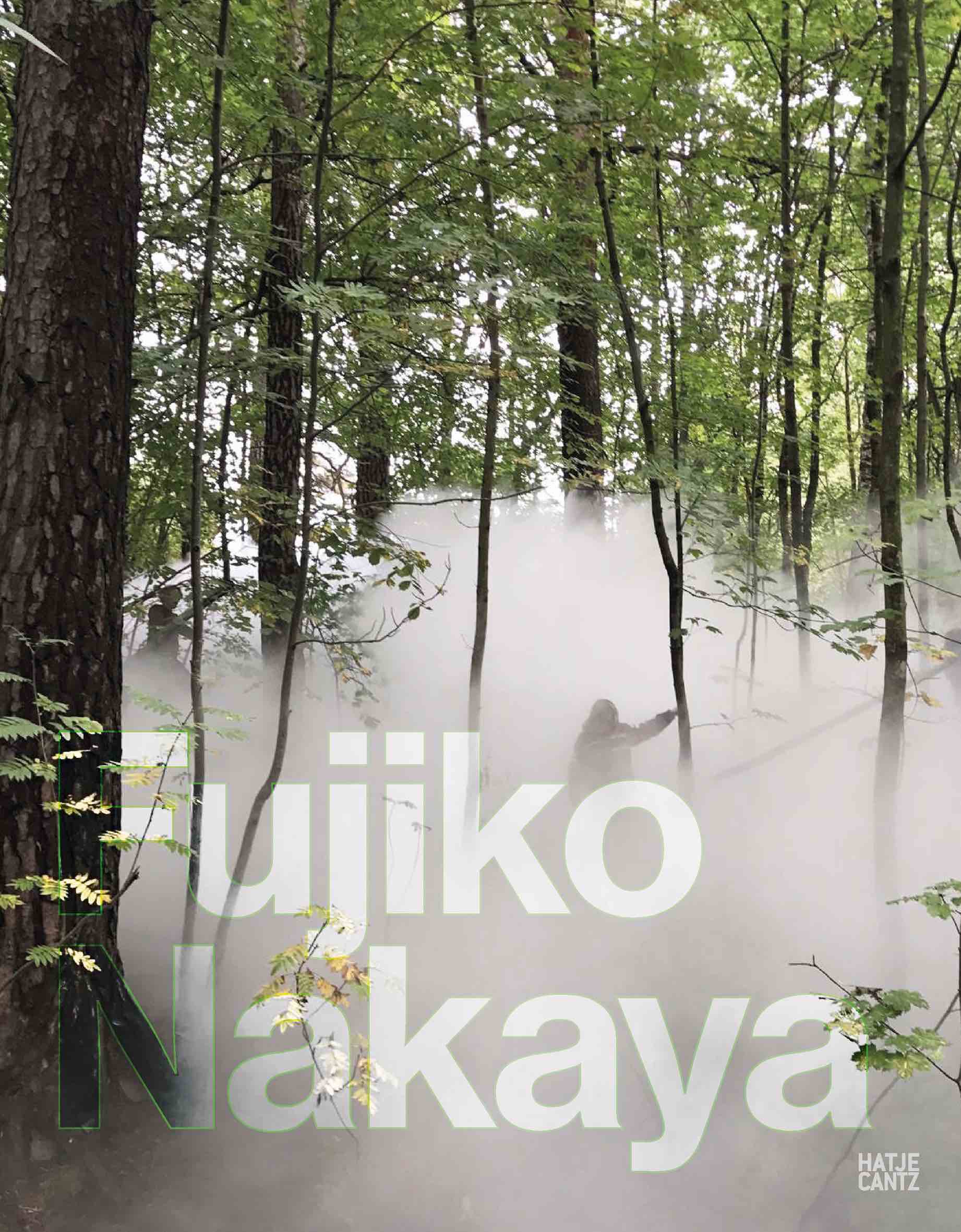 By Sarah Johanna Theurer with Andrea Lissoni and Anne-Marie Duguet.

is Head of Partnerships at The Burlington Magazine.