As numerous authors make clear in the book under review, education and specifically art education is in crisis.  On the one hand students entering school encounter an education system designed for a relatively stable industrial age that society has long outgrown, which ill-prepares them for the twenty-first century workplace. On the other, the arts and humanities across the western world are being downgraded, starved of funding and seen by politicians and policy makers as irrelevant to our technology-based future.  The picture appears bleak.

Responding to this troubling context, the Back to the Sandbox: Art and Radical Pedagogy project brought a transdisciplinary approach to the question ‘What education do we need?’. Initiated by the artist, curator, editor and educator Jaroslav Anděl, the project originated as an exhibition at the Reykjavik Art Museum in 2015.  It was then presented in a revised form in 2017 at the Kunsthall Stavanger in Norway, before materialising as an exhibition and extended education programme at the Western Gallery at Western Washington University in 2018.  The publication, edited by Anděl and published in conjunction with the third manifestation of the project includes essays by eminent pedagogues, neuroscientists, psychologists, physicists and artists, alongside documentation of the exhibited artists’ work FIG. 1. More than an exhibition catalogue, the accompanying publication reads as a call to action.

In a series of extended essays and shorter texts the reader is given a summary of the urgent concerns about the current state of education, compelling arguments for the importance of maintaining the arts and creativity within schooling and in some of the more encouraging essays, offered practical ways forward. This is where the publication is strongest, not least because Anděl has recognised that solving the crisis in education requires interconnected thinking. In bringing together key theorists from varied fields the book offers an eloquent, well-informed and timely overview of our twenty-first century educational needs.

However, two of the essays also identify tensions that the publication does not entirely address. In his introductory essay Anděl makes a case for art itself as a form of ‘radical pedagogy’ that can ‘inspire mind-changing narratives’. Yet Luis Camnitzer, himself an artist and educator, makes the point in his text that when art as a social practice attempts to address problems in education, it is frequently unsuccessful.  As he says, ‘when not used to extol individual authorship, most of artistic social practice is not much more than improved social service’. By documenting individual artists’ work, alongside a few examples of artists’ work in the community, the book risks fulfilling Camnitzer’s prediction.  We come away with insights into specific artists’ interests and with some awareness of project-based interventions in the social realm FIG. 2. In this way the book, perhaps inadvertently, draws attention to the limits of what individual artists can do to effect widespread change, reinforcing the need for urgent reform at national policy level.

The gap between the scale of the challenge as outlined by theorists including Henry Giroux and the reality of the practice of artists and researchers working with communities is highlighted in the text by Estudio Teddy Cruz + Fonna Forman FIG. 3. These two researchers, who work in collaboration with communities on the United States–Mexico border, lament that ‘many academics who care about social equity spend their careers writing and debating about justice and equality and rights and freedom and agency – and policies to address these things – without meaningful contact with the world they care about’. The book undoubtably favours theory FIG. 4 over the exposition of the messy, unpredictable and difficult world of education practice and there is a distinct absence of schoolteachers’ voices. There is no documentation, for example, of the eight-month long collaboration between the Western Gallery and the university’s college of education. Likewise, while young people feature in photographs (most powerfully in Graziela Kunch’s documentation of the 2015 school uprisings in Brazil FIG. 5),1their voices only appear in Pam Kuntz’s text, for which she interviewed thirty young people about bullying. Including more of this content would have grounded the theoretical texts, enabling the reader to visualise change in action.

The saying, ‘back to the sandbox’ implies an original, authentic place from which to rethink and reimagine FIG. 6.  In bringing together artists, theorists and educators in this wide-ranging beautifully produced publication, Anděl makes an important and original contribution to the current debates on education.  While not comprehensive, this book can act as a useful starting point, provoking further action and positive change. 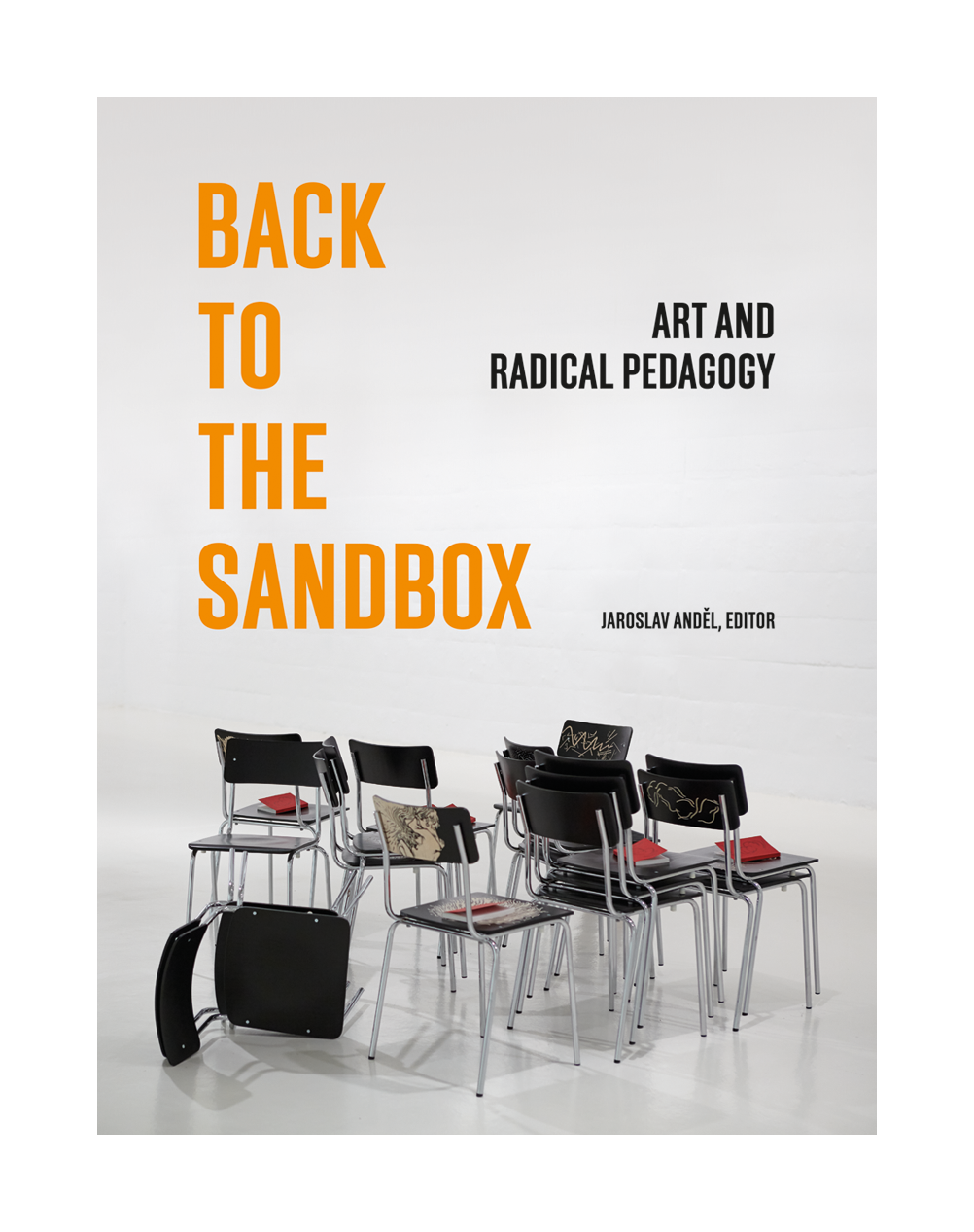 Back to the Sandbox: Art and Radical Pedagogy

Emily Pringle is Head of Research at Tate.