In Ilana Harris-Babou’s video Finishing a Raw Basement (2017), the artist's mother, Sheila, repeats a line first spoken by the poet Audre Lorde in a conversation with James Baldwin: ‘Deep down, I know that dream was never mine’.1She is talking about the American dream, but she goes on to clarify that ‘it was more of a nightmare’. This sequence perfectly captures the gap between the intention of the curators of the 79th Whitney Biennial– Jane Panetta and Rujeko Hockley – to create an exhibition ‘representative of the complexity of this moment’ – and the display they present.2 Lorde herself continues, ‘And I was out – out – by any construct wherever the power lay’.

It is important to Panetta and Hockley that nobody is left out, which is one of the conceits and major successes of this year’s biennial. They have applied due diligence to ensure they are representative and diverse; in the catalogue they articulate at length the process of searching for the artists that define America today, looking in the spaces that ‘neither traditional museums nor the marketplace is filling’.3 Although the exhibition has ‘no set formula or manual’,4 it aims to survey, or take the temperature of, the recent work of artists in and of the United States. Where the curators’ ambition starts to stretch thin in the display is that they have tried to take the health statistics of an entire nation. Panetta’s and Hockley’s catalogue introduction is weighed down by the narrative of the current moment’s especially turbulent times, although, confusingly, they acknowledge that this has been said of all of the previous editions since 1993. My point is not to deny the reality of the nightmares of 2019, rather to articulate the curatorial trend of addressing the 'interesting' times as a whole, identifiable by the hyper-polished presentation of overwhelmingly socio-political art.5

Partly because of this polish, it is a joy to wander through the fifth and sixth floors of the Whitney Museum of American Art, New York.6 The curators have selected a strong and steady seventy-five artists, known names and relative newcomers, side-by-side in a sleek design that privileges sculpture and painting. Scene-stealing sculpture includes Simone Leigh’s striking human-scale female bodies FIG. 1 and Diane Simpson’s innovative, almost decorative, formal arrangements FIG. 2. Gala Porras-Kim explores the spirit of the ancient oral language Zapotec in stunning connected wall and floor pieces; and Eric N. Mack’s remarkable fabric pieces include reference to the work of Alvin Baltrop, who documented the gay culture of the Christopher Street Pier in the 1970s and 1980s. Jeffrey Gibson’s colourful mixed-media banners – ‘PEOPLE LIKE US’ adorns the chest of a bright Native American-style costume – address the appropriation of Indigenous American culture FIG. 3.

America has been leading the current revolution in figurative painting, and this show is no exception, from Kyle Thurman’s delicate portraits to Janiva Ellis’s vivid large-scale tableaux FIG. 4. Protest and inequality are explicit in Pat Phillips’s mural of Black hands and riot vans, displayed behind a wooden fence (Untitled, Don’t Tread On Me; 2019), and in Kota Ezawa’s National Anthem (2018), an animation about the protests in 2016 and 2017 against police violence by NFL players, who knelt during the National Anthem. Eddie Arroyo’s paintings of the same changing street together produce a visual protest against the gentrification of the Little Haiti area of Miami FIG. 5.

Elle Pérez is one of this Biennial’s rising stars. Perez's photographic series of activities that push the body – including from facial feminisation surgery, the word 'DYKE' carved into someone's thigh, a hand holding a testosterone tube, alongside several subjects returning the camera's gaze defiantly – fuses portraiture with a millennial, Instagram-trained eye to put forward an effective revival of identity politics. The catalogue describes Pérez’s photographs beautifully: ‘they are reflections upon the failure of appearances to align with identity, imaging the beauty and truth found in those gaps and tensions’ (p.294). Another young photographer known for queer self-awareness – slightly off the main space in a mustard painted corridor – John Edmonds, presents more classically sensual studio photographs, which question Black body objectivity and identity through object placement and composition.

Video and performance feel slightly relegated in this layout, and many works appear just once in the calendar of events, such as Barbara Hammer’s recent revision of History Lessons FIG. 6, made shortly before she died; Morgan Bassichi’s comedy cabaret performance Nibbling The Hand That Feeds Me; and Blitz Bazawule’s debut feature film The Burial of Kojo (2018). Only Carissa Rodriguez’s unmissable film about the conditions of art production, The Maid (2018), is given substantial space in the main galleries, where it is installed as a large double-sided projection. Forensic Architecture have received plenty of press attention for their excellent exposé and admonishment of Whitney vice chair Warren B. Kanders. Triple-Chaser (2019) is a short film – (inexplicably) narrated by David Byrne – that explores Kanders’s company Safariland, which provides ammunition to crisis zones.

This highly curated version of America, one where all social concerns have their place, and nobody is left out, is surely to be celebrated. And yet, however well-intentioned the display is, something is a little too clean, a little too agreeable. The dream is to find a curatorial panacea for the nightmares of 2019, however the strategy of inclusion fails by reducing everything to a tidy and slick political art pageant. There is much to admire in the artists and artwork of this Whitney Biennial but deep down, for the curators, I think they know that the dream was never theirs. 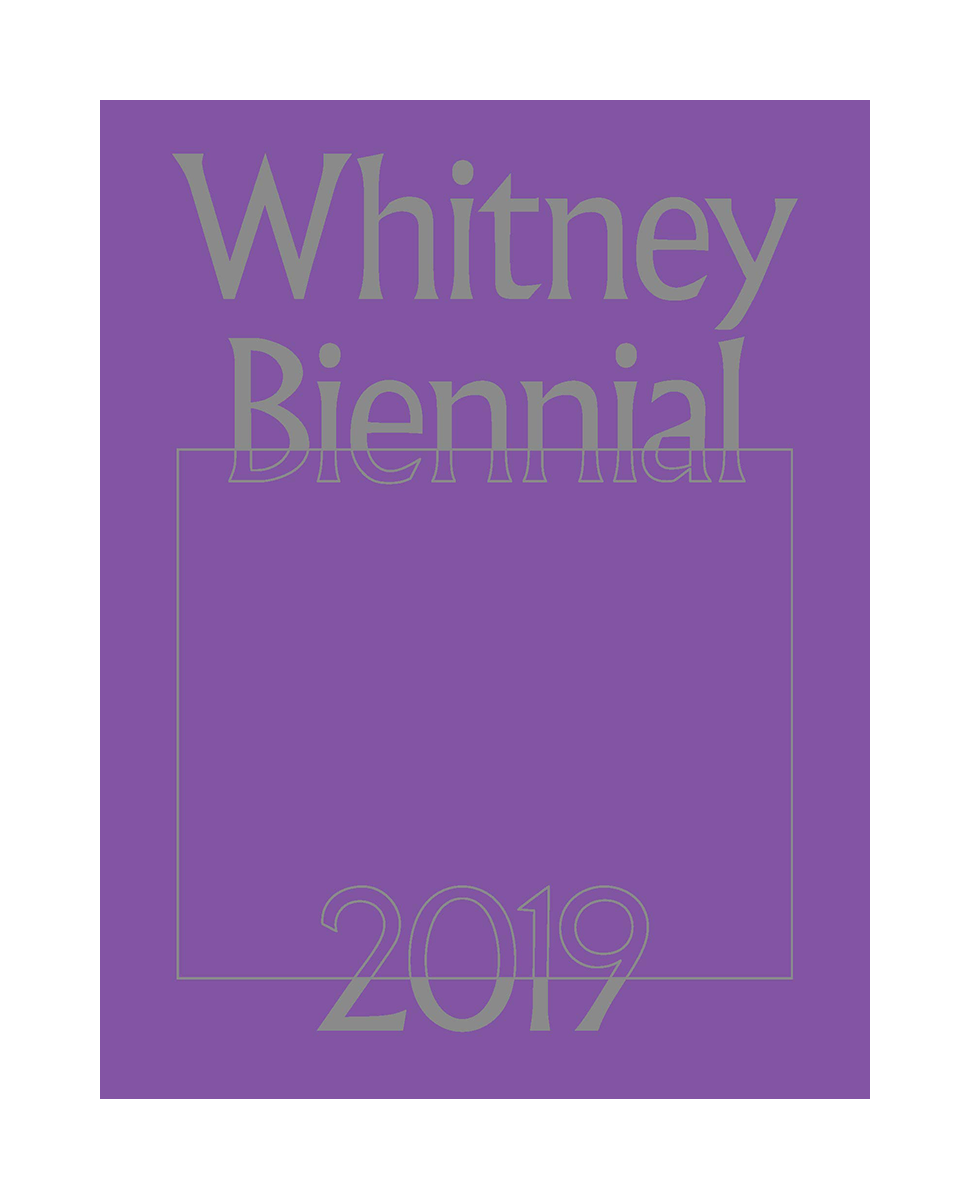 By Rujeko Hockley and Jane Panetta

Sarah Perks is a curator, writer, producer and broadcaster who works across contemporary visual art, film and literature to create major exhibitions, books and films that challenge the dominant narratives of our time. More information at www.sarahperks.co.uk.