The Shabbiness of Beauty

The Shabbiness of Beauty is the result of an invitation: one made to the artist Moyra Davey to exhibit her photographs alongside those of Peter Hujar (1934–87). At the request of Galerie Buchholz, Berlin, Davey accepted the challenge to curate both an exhibition and a book of her work in dialogue with that of the late American photographer. A voice for marginality, Hujar began taking photographs in the 1950s when he worked in fashion advertising, before he left the commercial world and embedded himself in the New York art scene. His work acted as a mirror to the public appearance of gay life, spanning from the Stonewall uprising in 1969 to the unfolding AIDS crisis in the 1980s, which he fell victim to. His personal life, including his relationship with the artists Paul Thek and David Wojnarowicz, was always visible in a practice that both challenged and provided a face to the repression American puritanism notoriously gives rise to. With the East Village nightlife as a backdrop, Hujar’s black-and-white photographs are portraits of art, dance, music, performance, drag, friends, animals and landscapes. Hujar was neither a formalist nor a rhetorician of the causes he embodied until his death. He considered his images to be ‘uncomplicated, direct photographs of complicated and difficult subjects’. During his lifetime, although his voice was certainly heard among artists and curators, it was not loud in the market, and it is only recently that his work has found international recognition.

Davey’s practice is as much related to writing as to film and photography. Adopting a unique poetic language, she reframes and comments on details, using unexpected angles to refresh meanings – a process exemplified by Copperhead (1990), a series of one hundred small colour photographs of the American one cent coin. Shown in extreme close-up, the weariness of their surface comes to the fore, allowing Davey to question the process of erasure in their status as neutral representations of value. Davey is not only a writer, but also an avid reader: ‘“What to read?” is a recurring dilemma in my life’, is the first sentence in her book The Problem of Reading (2003).1 Her process of thinking always includes the thinking of others, and her texts are a source for the discovery and renewal of authors and artists.

Davey is also known for the performative element of her practice. Since 2009, for her Mailer series, she has folded, stamped and addressed prints and sent them by post to a recipient who bears a relationship to their subject-matter – be it geographical, personal or professional. For example, in 2011, as part of a research project on Mary Wollstonecraft – the first woman to live and write as a feminist – Davey sent a series of digital prints, Mary, Marie FIG. 1, to the present reviewer, who shares a birthday with Wollsonecraft. When exhibited, after the they are returned to the artist, the prints carry the marks of their travel. Beyond these narrative and temporal imprints, Davey’s Mailer works display traces of displacement, stressing their physical condition and the capabilities for condensation of the photographic medium.

In her statement at the end of the book under review, Davey outlines how she made her selection of Hujar’s work, choosing some of her pre-existing works – such as Leg, Jane FIG. 2 and Armpit (all 1984) – in relation to his images, while also producing new photographs in response, such as her images of horses in which she attempts to ‘channel Hujar’ (p.119). The artists meet in their shared formats, their subjects – people, animals, water and surfaces – the discreet framing of their compositions, and the intimacy and tenderness with which they record. They are also different in many ways. Davey and Hujar use tone and composition to provide divergent moods and movements. This is evident in their images of horses: whereas Davey’s portraits capture the fluidity of subtle greys to evoke a closeness with ‘Cisco’ FIG. 3, Hujar's high-contrast snapshots are confrontational and heightened FIG. 4. We also see how Hujar’s frames FIG. 5 cut less sharply into the world than Davey’s FIG. 6. Beauty is not the same for everyone, but, as we know, it is certainly not clean nor smooth.

Considering Davey’s propensity for artist publications, this book manifests as a work of art in itself. Besides its light weight, size and sober layout, The Shabbiness of Beauty contains and lays out space. As indicated by the two portraits on the front cover – Davey’s Jane and Colt with Mother, Italy by Hujar – the book mainly contains black-and-white photographs, with the exception of the final three taken by Hujar of Thek in the late 1960s FIG. 7. Most of the images are reproduced on a single page of a double spread, meaning that there are nearly as many blank pages as printed ones. This simplicity manifests on an intimate scale; complexity does not require complication.

Viewers may quickly find themselves a little lost in the visual dialogue between the two artists. The page numbers are scarce and barely legible and the photographs follow each other without attribution or title, which are instead listed at the end. This is a blind date of sorts. In this lack of transparency we are left alone with the images, their conditions, their purpose and the question of who made them. It is through the textual elements of the publication that we are able to complete our readings: the work titles; Hujar’s 1984 letter to Wojnarowicz, which is commented on by Stephen Koch from the Peter Hujar Archive; the distinctive approach of Davey’s writing; and the book’s introduction by the writer and poet Eileen Myles.

In this project, one could argue that there has in fact been three exhibitions of the artist duo. One is the show that took place at Galerie Buchholz, although we do not find any mention or images of it in the book; it is clearly not a catalogue. One is the book itself, a wonderful way to ‘exhibit’ in a special scenography with the freshness of relative anonymity and the room to breathe. The third is Myles’s introduction, written in isolation during the COVID-19 pandemic in 2020. To write it, Myles literally took the exhibition and the book home, pinning the photographs on the walls of their apartment: ‘I’m beginning to print the pictures out. 55 or 56 of them. It looks lousy but you get the graphic thing of it. I have four hanging over my bed’ (p.8). Myles weaves together everyday life and their knowledge of both artists. In doing so, they create a narrative that does not belong to any category other than the experience of that which chronicles our world – a world that could need these very images for us to measure some of its changes. Far from the usual photobook rituals, the turning of these pages carries us further, on a broader scale. 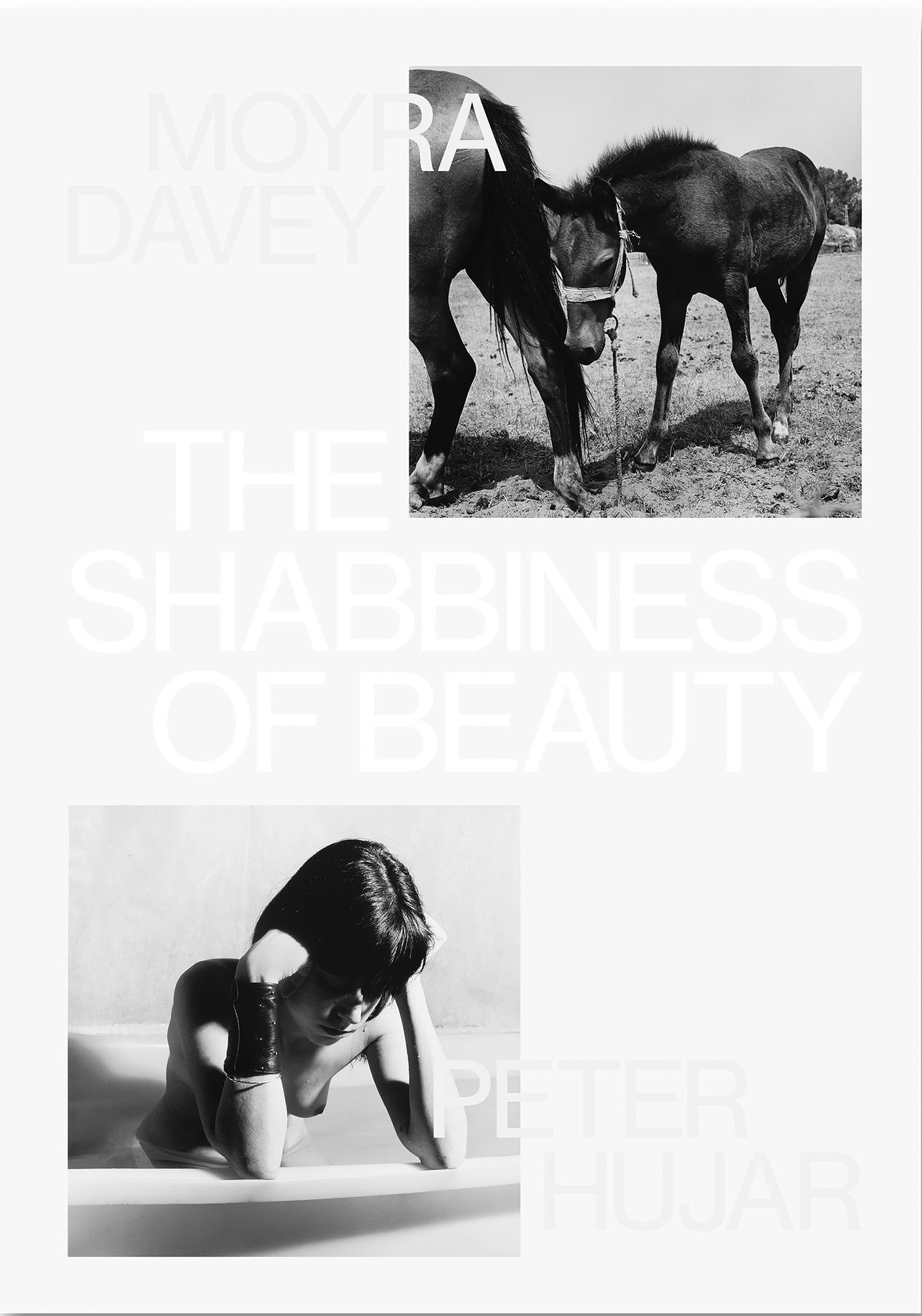