Pia Arke: rewriting the landscape from the ground

The scope of the work of Pia Arke (1958–2007) extends well beyond the artist’s fifteen years of production. Born to a Greenlandic Inuit mother and a Danish father, Arke died from cancer at the early age of forty-eight. Her practice centres around photography but also encompasses painting, installations, collage, photography, video, performance, land art, research and writing. Relating to her own biography, it explores the loss of personal and social histories, specifically in relation to her two home countries. The exhibition Pia Arke – Dream and Repression at the Louisiana Museum of Modern Art, Humlebæk, which will travel to the Kunsten Museum of Modern Art Aalborg and the Kunstmuseum Brandts, Odense, in 2022, is the first major show dedicated to the artist.1 Although it occupies only four rooms of the vast museum in Denmark, its modest scale is immediately contradicted by what greets the viewer in the first and largest room: five large, layered collages that incorporate maps of Greenland and photographic portraits FIG. 1; some sculptures; a selection of monotype photographs produced with pinhole cameras; video footage; documentation of her research into various archives and writings of historical figures; and a screen, displayed on the floor facing upwards, which shows the video performance Arctic Hysteria (1996). The diversity of mediums and gestures in this room is indicative of the scale of territory Arke covers in her work and the extent of her visual language.

The title Arctic Hysteria comes from a photograph that Arke found in the 1990s while carrying out research in the archives of the Explorers Club, New York. Here she came across the collection of Robert E. Peary, an American explorer who stated in 1909 that he had reached the North Pole, a claim that has long since been subject to doubt. In Peary’s collection Arke discovered a photograph of a naked, screaming Inuit women, who is being restrained by two white men dressed in furs and, as the archivisit informed her, is suffering from a case of ‘arctic hysteria’. The term refers to a ‘mental disorder’ that was fabricated in the 1910s and largely inspired by Peary’s accounts of Inuit women as ‘hypersexual’ and as suffering from convulsions and fits of rage that made them indifferent to the cold. Such ideas of ‘primitivism’ were a product of colonial paternalism, the legitimisation of forced evangelisation and population displacements, as well as cultural and sexual abuses. Although Arke was not authorised to reproduce this particular image, it nevertheless, along with other documents from Peary’s collection, made her understand what was at stake: science can be a comedy, which here was used to execute a tragedy. Measuring the weight of ideology in ‘scientific’ observations about her own people, Arke became another kind of anthropologist. In her work she grounded research around her autobiography, reshaping it into fictions and replacing missing histories and their ghosts with the imaginary. As she stated: ‘I make the history of colonialism part of my history in the only way I know, namely by taking it personally’ (p.45).

Arctic Hysteria aptly introduces Arke’s preoccupations. The camera records the background of the artist’s studio before zooming in on a large print lying on the ground. This shows the shoreline in Nuugaarsuk Point, near the small town of Narsaq in South Greenland where Arke grew up, and where she made several series with her pinhole camera. The naked artist enters the frame from the right hand side; carefully she crawls over the print, smelling it FIG. 2, stroking and lying on it, as though swimming or caught in erotic movement. At some point she begins, almost tenderly, to tear the print up, forming a heap of scrolls around her FIG. 3; the repeated ripping noise is the only trace of a soundtrack. The gesture blurs together a variety of meanings: the naked body explores the landscape as well as its existence as image; her actions of loving and tearing transform a regressive and compulsive motion, which stems from pain, into one of strength and a newly constructed environment. The artist takes on the role of film-maker, performer, photographer, scientist and lover. At the end, the territory is dissected into pieces that resemble paper bones. Arke delicately turns the flatness of the image into a mess, an abstract composition in which she is immersed. The video has a visual austerity associated with the self-representations of women artists of the 1960s – but this work is not indicative of the legacies of such artists as Cindy Sherman (b.1954) and Martha Wilson (b.1947). Devoid of any irony or theatre, this work is not so much about critically or politically staging the (multiple) self, but rather about reclaiming a body together with a territory. Arke manifests the exchanges that happen between the many forms of life that geographical and historical histories contain: the land and its inhabitants, as well as their mutual transformation in time and memory through Western violence. Arke’s tearing is a counter-erasure.

Fictions can be more real than politically contaminated humanities. In Arke’s case, they are made of precise historical detail and memories; they unveil the repressed, offering performative means for reconstructing missing facts. The show contains many found archives, research texts, publications and their poetical outcome, as seen in the precarious column made of stacked book pages, May Only Be Touched with Thumb and Little Finger FIG. 4.2 The Legende I-V series FIG. 5, which occupies an entire wall of the first room, comprises five layered maps with collage and montage, on which Arke spread a variety of materials, including flour, coffee, sugar, rice and oat flakes. These works evoke the outputs that the external land can provide for the inside of the body, the search for resources and the roughness of landscape that stays hidden in many ways – under the snow, but also under its appropriation by another culture, and under so much ignorance. The fact that these elements cover a cartography of Greenland with flowing lines like veins makes it even more ambiguous, while references to colonial explorers, such as Peary (Land), Humboldt (Glacier) and Kane (Basin), recall the markers that this ‘body’ was covered with.

Arke stopped painting as soon as she discovered photography, a discipline that she refers to as a mongrel: ‘My images are about the silence that envelopes the ties between Greenland and Denmark. I was born into that silence myself. I’m a mongrel. It’s probably not a coincidence that I was drawn to photography, which in a way is the mongrel of the arts’ (p.11). She constructed a number of camera obscuras, including one so large she was able to climb inside it. In the first room, the extraordinary double exposure Self-Portrait FIG. 6 shows the naked figure of the artist at the edge of the frame, inviting us to enter in behind her. Her sober portraits of her friends, family and herself taken with pinhole cameras are about apparition: how one addresses the camera, how one positions oneself in the frame, how one ‘moves’ one’s image when not staying still, or how one leaves it behind. The series The Three Graces FIG. 7 FIG. 8 shows Arke and two friends casually dressed, holding different cultural objects, they look directly at the camera or turn their backs to face the photographic landscape backdrop behind them. These women are certainly not trying to be gracious. They demonstrate their position in a representation that they do not want to romanticise; instead, they are guarding it and the objects that belong to them. In her essay Ethno-Aesthetics / Etnoæstetik, Arke asked, ‘is Greenlandic art really Greenlandic?’, suggesting that ethnography has colonised the status of production itself (p.63).

When Arke understood that the ‘scientific’ observations of anthropology could be reshaped into ‘real’ fictions in her works, she found a strong voice. She was a pioneer in drawing attention to the unsolved conflicts of colonial history; she calmly excavated a dramatic episode of Western culture under a white page, and was not well-known as an artist when she died. The present growing interest in Arke’s work can in large part be attributed to the work of the Danish feminist curatorial collective Kuratorisk Aktion. In 2010 they presented a retrospective of her work titled TUPILAKOSAURUS: Pia Arke’s Issue with Art, Ethnicity, and Colonialism, 1981–2006, which was shown at the Den Frie Centre of Contemporary Art, Copenhagen, and in 2012, published a four-hundred-page monograph on the artist.3 The vast publication maps Arke’s works through documentation of the pieces themselves but also through the archives and texts she researched. Their investigations are seemingly inspired by the artist’s own methods: grabbing invisibility and working on its issues.

Carrying no pathos, the landscape Arke works with is nothing like the whiteness of the whale. It is a system in which to redistribute categories, traces, imprints and lost knowledge – for which she provides her own body. She (re)exposes depictions of her people in which they are wrongly represented, reappropriating them to take care of what was forgotten or twisted. Arke endeavoured to undermine extant and entrenched categories and classifications, allowing knowledge and a relationship to truth to grow in the process. 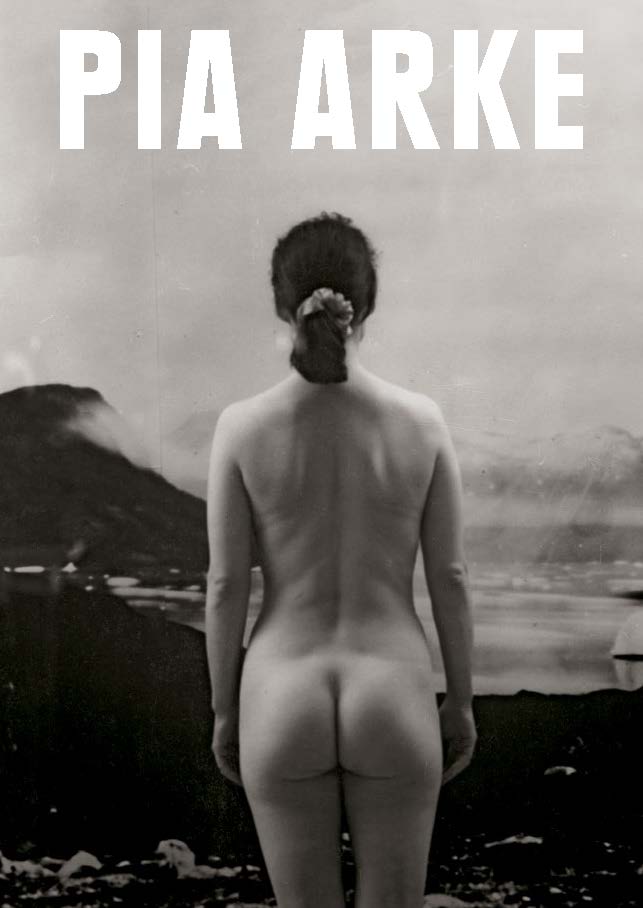