Power Play is an exhibition of eleven artists predominantly from South Korea, who are former residents of the Delfina Foundation, London. Split between the Delfina Foundation and the Korean Cultural Centre, London (KCC), the show responds to Jacques Derrida’s belief in the transformative potential of friendship and hospitality on politics.1 Works in both venues explore expressions of power: at KCC, Zuza Golinska plays with the visual apparatus of state in Run-Up FIG. 1, which comprises three red carpets rolled over an arrangement of undulating foam shapes. Also evoking official or state ceremony is Envelopments (2010) by Fayçal Baghriche, a regiment of twenty-eight flags protruding from a wall, each wrapped tightly around its flagpole so that only its red lining is visible. The political legitimacy of a single nation as signified by its flag is here confronted; although each flag represents a different country, their identity is recomposed by Bagriche into a statement of solidarity.

In an extension of Derrida’s text into practice, certain works were created for the exhibition by newly formed artist partnerships. For example, Lantian Xie and Jaebum Kim collaborated on a series of ‘interventions’ that take the form of institutional critique. In their ImageRUNNER C5535i FIG. 2, a KCC office printer is rehoused in the gallery’s entrance, so that internal documents are given a public airing and unintended visibility. A discrete oil painting, How to Launch a Satellite (2018) hung behind Golinska’s red carpet, has a provocative heritage. Depicting a cluster of lights set against a night sky, the painting reproduces and enlarges a section of a postcard that was sent from Seoul to the studio of a North Korean art forger based in Dubai. Strands of the anonymous forger’s hair are caught in the oils, inserting their body into the gallery of the KCC; a South Korean political space typically unavailable to its Northern neighbours. Displayed nearby, Waiting List from Korean Consulate, Dubai FIG. 3, comprises forty-one names handwritten onto a crumpled envelope. They are names of visa applicants at the Korean consulate in Dubai, where only thirty interviews are offered per day. Although each name bears the idiosyncratic handwriting of an individual, together they appear as a conglomerate. In this work Xie, himself number six on the list, considers the shifting determinants of the visa process from his native country, as well as the thresholds and conditions of South Korea’s hospitality.

Migration similarly concerns Soyoung Chung, who considers the economic qualifications for mobility in two sculptures, Island for Fishermen and Island for Women (both 2018; displayed at Delfina). In Island for Fishermen a tightly coiled bronze rope rises, serpent-like, from the ground, connecting four buoys FIG. 4, one of which appears to hover in mid-air. Collected from the shoreline of Korea’s Gapado Island, the buoys are emblematic of the indeterminacy of political space, their essential function being to delineate fishing territories surrounding the submerged Socotra Rock, territorially claimed by both China and South Korea. Their very presence in the work of art is indicative of their failure, as the movement of the sea disregards and overpowers the countries’ manmade boundaries.

Similar cynical or critical approaches appear throughout the exhibition, with many works pointing to inefficiencies and imbalances in global state politics. Works such as Jungki Beak’s Memorial Antenna (Archive) and Jaebum Kim’s AFKN (American Forces Korean Network), both from 2018, seek to revise authoritarian traditions of the monumental and cartographic respectively, while Jungki Beak’s and Jasmijn Visser’s Stopper 1 (2018) interrogates the conceptualisation of time as an articulation of power. This video work, a live feed of a banal dripping tap, creates a regular beat that emphasises the way time is parcelled into unit of value. Rather than offering utopian alternatives, these artists highlight the nuance of our current political reality – a subtle but welcome acknowledgment of the practical limitations of art.

Hyon Gyon’s first solo show in the United Kingdom, at Parasol Unit, London, was an exercise in visual amplification, her brash aesthetic colliding with her faith in the transformative capabilities of art in a series of bold textural canvases. Careering across the length of a ground-floor wall, We Were Ugly FIG. 5 is an intoxicating blur of matter, of gooey paint in lurid colours, glitter and strips of fabric. Along the seventeen-panel work, skulls tumble towards the floor; the flames of an atomic bomb engulf the pitted Styrofoam surface; and a group of startled white eyeballs and peachy lips are submerged by heavy black clouds. In this work Gyon references the ongoing political conflict between Korea, Japan and China and yet her violent, anti-war imagery is somewhat overwhelmed by the physical intensity of her practice, which involves entering a trance-like state and working intuitively with her materials.

Gyon’s markings are ruthless; her will to destruct and deform invigorates the ground floor galleries. The surfaces of I Lived Well FIG. 6, a shamanistic figure composed of cuddly toys and plastic items, and The Last Man (2017) – two contorted anatomical sculptures parts bandaged with duct-tape – have been scorched, lacerated, torn and splattered with paint. Gyon describes how she ‘lashes out’ and finds in this action a type of catharsis or retribution for the patriarchal attitudes she encountered growing up in Korea.

The upper gallery is filled with shamanic figures. Aching Soul and Provocateur (both 2018) throw into focus these marginalised characters in Korean society, often from the country’s lower classes. Gyon finds refuge in these forms and seems to equate herself with the shaman, in particular for the dichotomous role they inhabit, at once outcast from mainstream Korean society and consulted during times of need and pain. The Boy Named her Oracle, a vigorously painted canvas replete with irregular mosaic tiles and phallic symbolism, articulates the sense of female empowerment she draws from this figure. For Gyon, the shaman’s mission correlates with her role as an artist, as she wishes her work ‘to help those who are in need of healing and feel hopeless’. Judging by the tortured, expressive art on display, it would seem that the reconciliation of suffering is all her own. 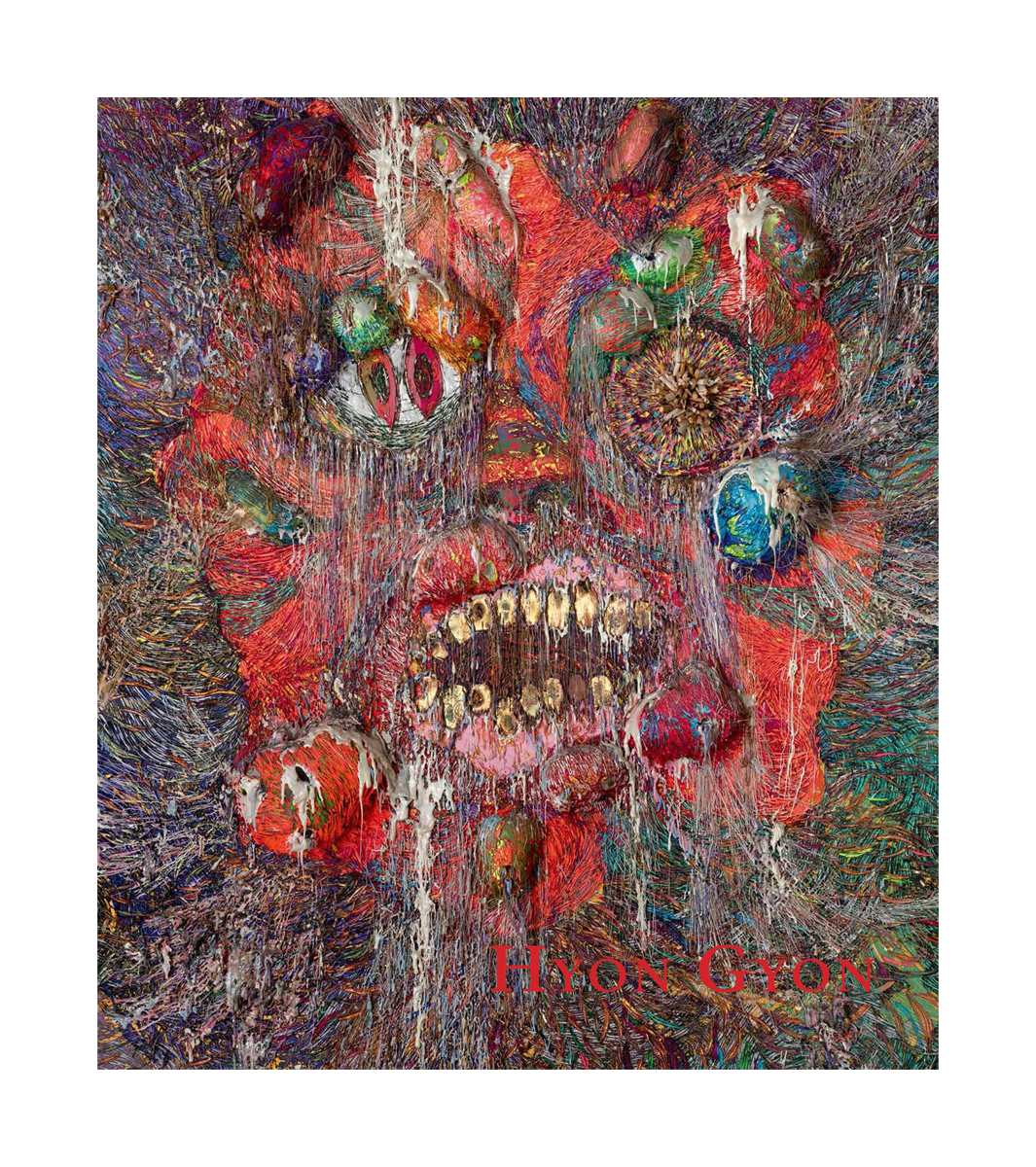 With contributions by Bartłomiej Dobroczyński and Donald Kuspit