The question to be asked about Danielle Child’s first book, Working Aesthetics: Labour, Art and Capitalism, is whether it constitutes a paradigm shift in contemporary art history. This shift is not observed in the book’s subtitle, as we have seen a modest number of efforts (some cited by Child herself) focusing either on labour and art or art and capitalism, but rather in the methodological aspiration of the book to revisit art in terms of a ‘hidden abode of production’. Karl Marx’s well-known phrase describes how capitalism, in its self-representation as the sleek and neat world of commodities, conceals the conditions of production of these commodities. This explication of capitalism’s mystification of the production process was not intended to illuminate anything about how art is made – which Marx and many Marxists (and non-Marxists) after him have seen as a somehow ‘exceptional’ procedure.1 Yet in Working Aesthetics Child offers concrete evidence that (a) contemporary art has its own ‘hidden abode of production’; (b) works of art can, and tend to, be the outputs of different kinds of labour, only one of which could be characterised as ‘artistic labour’; (c) that art-making, including the kind of labour it requires (artistic or non-artistic), has so far mirrored changes in capitalist production – say, by placing, at a certain moment, less significance on manufacture and more on management.

The first two chapters capture the intertwined history of art-making and capitalist production in the years between 1960 and the end of the 1990s – that is, since the birth of ‘contemporary art’, when the conditions set by Fordism and Taylorism were still recognisable and the mass challenge of ‘de-materialisation’ was only hinted at (a hint that Lucy Lippard got).2 During that period, when the Soviet Union still existed, left-wing radicals of the art scene could call themselves ‘workers’ and everyone understood what that word meant. In the history of art that Child unravels, the 1960s were the years of the ‘fabricator’ behind the artist-as-worker – that is, where manufacture presented art as form to the world; this is the chapter about America. In her next chapter, where the plot turns to post-Thatcher, Blairite Britain, no one wants to be called a ‘worker’ (what is that, anyway?) but everyone would love to be a ‘manager’. We are in post-Fordism. Capitalism is the only game in town and neoliberalism is practiced left and right. The ‘young British artists’ need not a ‘fabricator’ but a ‘facilitator’.

The remaining four chapters are devoted to case studies, which examine how works of art deploy production principles and forms, unlike the two opening chapters which showed that production was the canvas on which the art appeared. This does not make the remaining four chapter-long case studies any less fascinating: we meet Thomas Hirschhorn as project manager FIG. 1. We meet Rimini Protokoll, when the collective adopts NOKIA’s 1992 slogan ‘connecting people’ for an adventure in the universe of immaterial labour. We meet Liberate Tate, who practice something like affective activism FIG. 2. And, in re-opening the file of digital labour and the manufacture of spirituality, we see etoy working on the delivery of eternity FIG. 3 FIG. 4.

Working Aesthetics rethinks the social history of art as a socio-economic history of art, for what the book wants to hammer home is that ‘contemporary art’, even when conventionally translated to merely aesthetics, has been shaped by capitalist relations and forces of production. Had those artists elaborating the minimalist aesthetic in America been unable to use the actual workers of Lippincott Inc – an ‘artist-friendly environment where sculptors could have their large-scale works fabricated’ – we would have a very different post-war art map.3 It is satisfying to see chapter titles such as ‘Lippincott Inc’ rather than ‘Claes Oldenburg’ or ‘Jeff Koons’, to see names you do not recognise and to intuit that something vital is being communicated that was hidden from your training as an art or art-history student. Child’s groundbreaking achievement of finally showing art in production terms will, however, be challenged by the ‘feminist killjoys’ who will wonder why this radical, other history of art does not include women (except when hidden in art collectives) or does not speak more clearly about gendered art production. I give the killjoys the last word but also say that Working Aesthetics posits an art-historical enquiry over the ‘hidden’ that aligns with an emerging feminist art history focused on social reproduction.4 The issue now is for this alignment to be made secure in generating what would be a transformative programme of collective research. 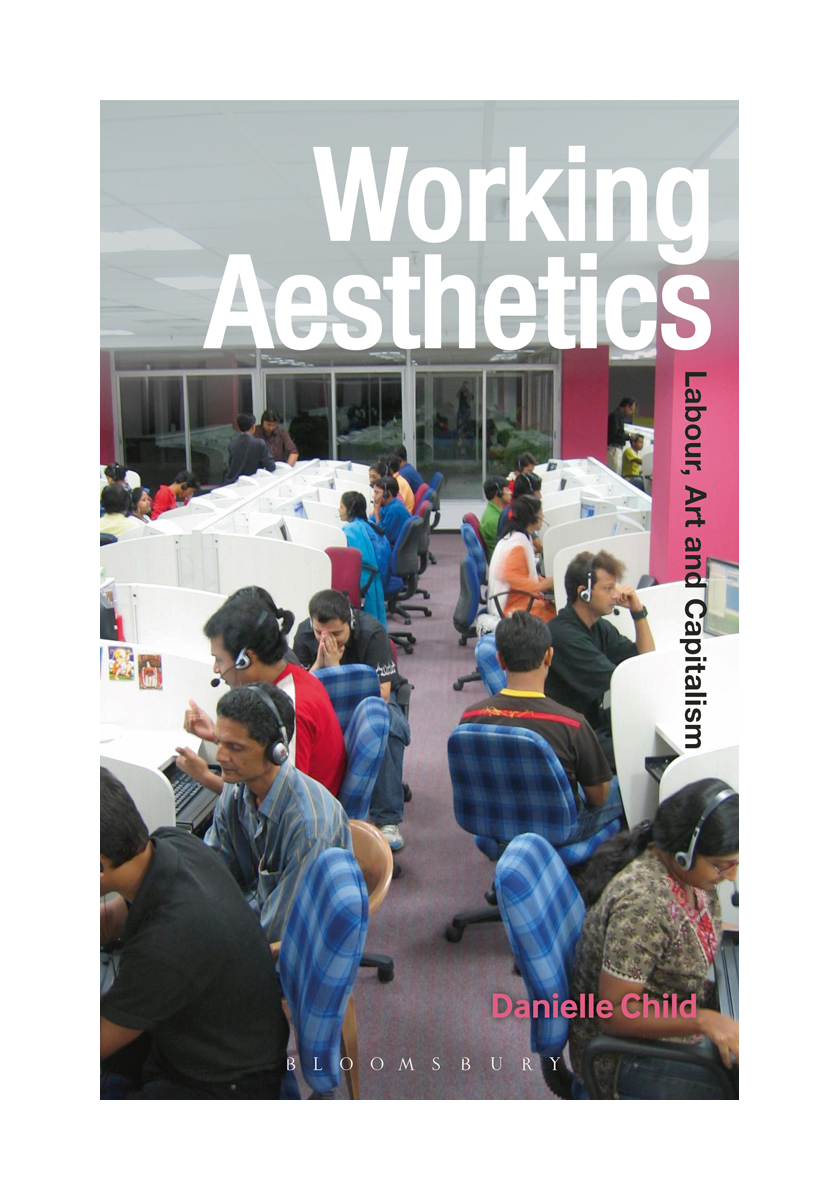 Angela Dimitrakaki is a writer and Senior Lecturer in Contemporary Art History and Theory at the University of Edinburgh.