Art prizes have long been a way of recognising the achievements of artists and bringing their work to a wider audience. In Britain in particular they have played an important role in shaping the post-war canon.1 Recently, however, the premises of such prizes and the criteria by which the work submitted is judged are being called into question. This year’s Turner Prize saw the nominated artists – Lawrence Abu Hamdan, Helen Cammock, Oscar Murillo and Tai Shani – being granted their request to form a collective and share the winnings. Although the show of solidarity was met widely with approval, the decision prompted some to question the event’s future, arguing that it illustrated that the very notion of competition was anathema to art,2 and that ‘the Turner Prize is no longer fit for purpose’.3 Perhaps these critics were missing the point. The Turner Prize has never been about who wins it, rather it has provided insight into the state and tastes of our contemporary art world. More illuminating in this regard than the joint win of this year’s prize was one of the reasons the new collective gave for their decision:

‘Each of us makes art about social and political issues and contexts we believe are of great importance and urgency [. . .] the politics we deal with differ greatly, and for us it would feel problematic if they were pitted against each other, with the implication that one was more important, significant or more worthy of attention’.

The artists’ suggestion that their work would be assessed on the political value of their subjects reflects a wider shift in how art is talked about and shared. Criticism of art that addresses political and social issues in particular tends to focus on the moral or ethical position of the artist, rather than of their work: who they have accepted money from in the past; how their race, gender or class impacts or validates their choice of subject-matter;4 or their attitude towards the market. This moralising distillation of political art is clearly informed by online culture, from the listicle (‘11 Badass Feminist Posters Guaranteed To Empower And Inspire’), to social media tribalism, expressed in Twitter outrages and the incessant affirmations of Instagram.

The art on display at the shortlist exhibition in Margate actively rejected such a reductive approach: Helen Cammock’s moving-image analysis of the civil rights movement in Northern Ireland is based on an understanding that ‘histories are never behind [. . .] they are part of who we are’;5 while Tai Shani’s stage-like installation, performance and related sci-fi texts mount a sprawling critique of the masculinist control of language itself. These are complicated, layered pieces, the politics of which lie in their form – in the way they produce meaning or action – rather in than their subject-matter alone. In declaring themselves equal winners, this years’ Turner nominees both highlighted a pervasive critical attitude towards socially minded art and prevented their art from being judged in this way. In this sense, the decision to award the prize jointly is in keeping with its function as a yardstick for the role of art in contemporary culture.

A very different rubric on the value and selection of art is proposed by Sacha Craddock in the catalogue to this year’s exhibition of Bloomberg New Contemporaries, a display of work chosen from recent graduates of UK art schools. The selection, Craddock writes, is based upon a jury ‘considering and re-considering the viability and ultimate artistic value of a work [. . .] An artwork need not be initially blindingly affective ‘, but over time, ‘affection for it either grows or cools. By looking, considering and discussing so intensely, the selectors built up a collective understanding’.6 It differs crucially from the Turner Prize in that submissions are anonymous, there are sponsored commendations rather than a single winner and, most importantly, it doesn’t bear the pressure of each year defining afresh the state of contemporary art.

This year’s display, selected by the artists Rana Begum, Sonia Boyce and Ben Rivers, is installed across both buildings of the of South London Gallery and celebrates seventy years of the prize. In comparison with earlier iterations – held in artist-run spaces, or selected by students before it was given a board and public funding in 1989 – it is a decidedly professional affair. Works are well-lit and uncrowded, with none of the quirks of the degree show installation from which many of these works originated. This is one of the strengths of the recent NC shows (this is the second displayed the SLG), but can also be somewhat flattening: seeing a single example of an artist’s output inevitably leads one to draw comparisons with other, better known works. Four contributions, for instance, are sculptural assemblages that use the now-ubiquitous language of cast architectural, packaging or plumbing elements – series of beige speckled plaster arranged in piles or at an angle that resemble the assemblages of Helen Marten. Paintings are mostly figurative, from Ben Walker’s spectral scrubbed and repainted canvases FIG. 1 to the whimsical or cartoonish. But there is also a refreshing engagement with craft, in particular in the examples of photography that work outside of conceptual or documentary modes. Simone Mudde’s images of the natural world FIG. 2 – overlapping colour prints from black-and-white negatives – convey a romanticism fused with technical experimentation, as she looks for a ‘state of wonder’ by ‘flipping black squares in the dark room’. Another highlight is an intricate wall hanging by Isobel Napier FIG. 3, which has the drape of a silk tapestry but is in fact lasercut newsprint paper.

The catalogue informs us that one of the categories of this year's display is ‘humour’, which seems most evident in an irreverent engagement with art history. Jan Agha’s Pompous Prick FIG. 4, for instance, could be subtitled ‘homage to George Condo’, for the likeness to his own phallic humanoid forms, while Alaena Turner’s installation Secret Action Painting FIG. 5, with its abandoned colour-field canvases and oil-streaked wall, could be the remains of a performance, conjuring images of a clumsy, fevered attempt to express oneself in the mode of earlier painters, and failing. Cyrus Hung’s video Georg Baselitz: A Focus on the 1980s, meanwhile, reproduces a short documentary film about Baselitz, the subtitles of which have been re-recorded as a rap, so that the promotional gallery trailer becomes a music video. Baselitz bemoans how he and Anselm Kiefer ‘got so many slaps’ in the 1980s (‘honestly we really were beaten up by the German critics’), sounding like a Hip Hop struggle song before turning to self-aggrandising Gangsta rap, asking ‘how can you jump over a bar once you’ve raised it so far?’. For all three artists, the macho of modern painting and its overly serious legacy is clearly a timely target.

The stand-out work of the show, however, is a film documenting Roland Carline’s contribution to the 2017 Folkestone Biennial. Working with a group of local dancers and the choreographer Rachel Gildea, Carline directs performances on a stage fashioned in the middle of a terraced street. Neighbours watch the teenage dancers from doorsteps, the audience sitting cross-legged on pavements with cans of beer and children on their laps. The performances themselves are clearly collaborative, made with and by the performers. There is a group dance in which the girls emerge from behind a curtain as Power Rangers or Transformers, with pillows taped to their chests and legs, or the Disney costumes of much younger children FIG. 6. At one point they beat up Spongebob Squarepants. Each also performs a solo and they come together at the end for a finale, with home-made T-shirts scrawled with personal mottos or inspirational quotes (‘RIOTS NOT DIETS’; ‘PAIN IS TEMPORARY’). The film is intensely nostalgic – of street parties, late summer barbeques and school recitals. Carline’s skill is in capturing this infectious, creative energy on film, but more so as a facilitator for the work of others. In this sense it is inherently political: there are no subjects, and the artist is recast as participant. Like the Turner winners, Carline rejects the individualism and divisive political narratives that have characterised so much of the discourse on socially engaged art. 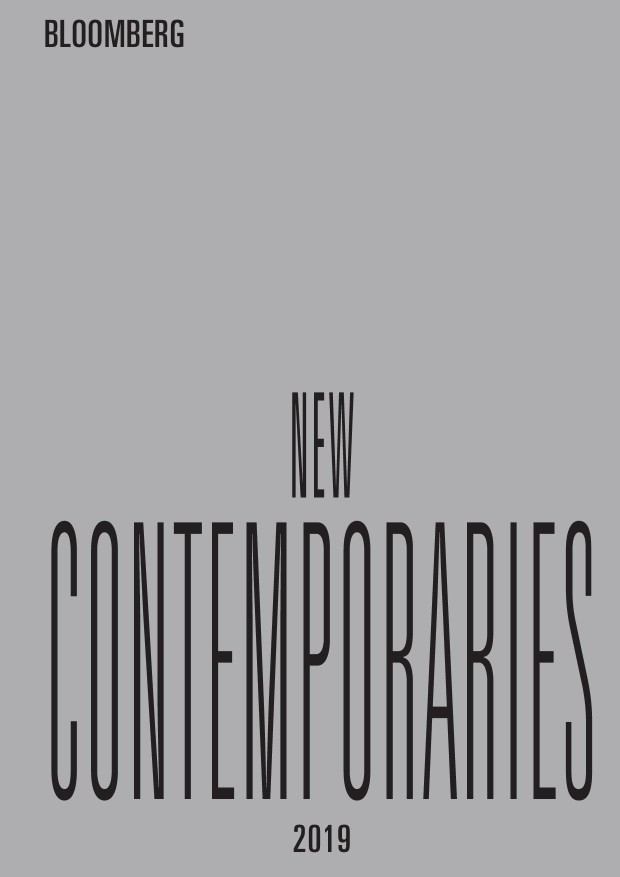 is Digital Editor and Commissioning Editor for Modern and Contemporary Art at the Burlington Magazine.